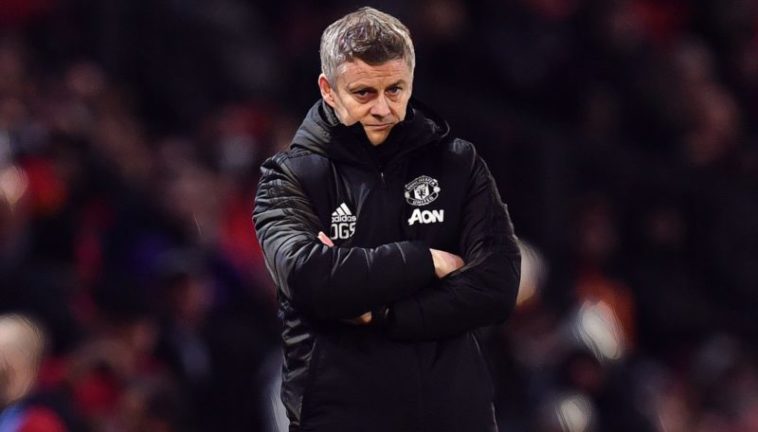 The best and funniest tweets from the world of football this week, featuring the Manchester United manager’s allergy to good substitutions, the weirdest football advert this year, the return of fans to football, and the shameful conduct of Millwall’s fans.

Ole Gunnar Solskjaer continues to confound with his decisions following defeat to PSG in the Champions League.

But Man United did at least get the win at West Ham after some good changes at the half.

I wouldn't worry about missing the West Ham game later today; no #WHUMUN, no cry

What was the idea behind this FA Cup advert? How is it supposed to entice people to watch the cup? Why won’t 2020 end already?

A terrific photo of a terrific moment almost three decades in the making.

Just 29 years, 6 months and 28 days we've had to wait for a home win. Will taste even sweeter when the fans can all be there!#afcw #afcwimbledon pic.twitter.com/tZ7Kt9SJie

It was great seeing fans back in the stands, wasn’t it? I bet the players were well pleased.

Large up Charlton fans btw. Waited 8 months to get back in the stadium to watch their team, and they boo’d them off

But Millwall fans made a show of themselves by shamefully booing the players taking the knee.

Derby County’s Liam Rosenior had the perfect response, though.

This is the best version of this tweet template and no one should try to top it because it can’t.

I’m not a Rangers fan but this is class 👏 https://t.co/RrrQrGLi9y

man said fuck marvel i need to save leicester pic.twitter.com/gzDEDF21uH

When I tweet in youth slang despite my advancing years… pic.twitter.com/ppILxdQ39Z

You need to read this great thread about Lionel Messi.

If this tweet reaches 300 likes, we’ll tell you a story that few people know about Messi and CádizCF. pic.twitter.com/ZVQfSuMUjb

Cadiz faced Barça in the final of the Carranza tournament. Cadista fans noticed the talent of the Argentinian. Luis Soler, assistant coach of Cadiz, told Messi if he would like to play for the yellow team. Messi replied: "Cadiz is a beautiful city and I would like to play here".

The world was not ready for this strike partnership.