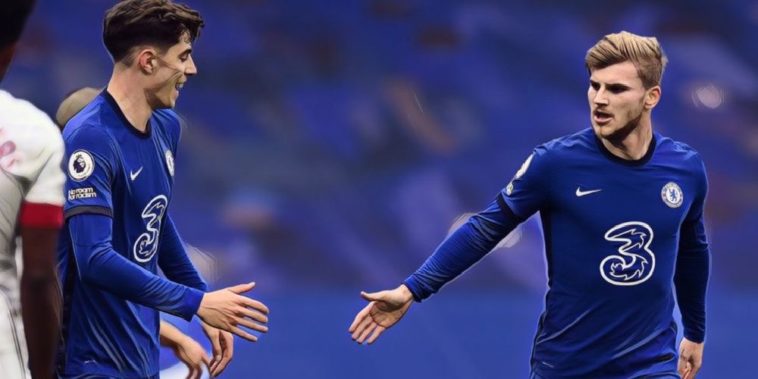 English football’s leading clubs once again led the way in Europe with another mammoth window of spending during the summer, making a mockery of suggestions that the coronavirus pandemic would lead to a quieter than usual window of activity.

Premier League sides splashed out well in excess of £1billion on new arrivals during the summer, the total spending between clubs only slightly less than the figures spent in Spain, Italy and Germany combined.

We’re now well underway in the 2020/21 campaign and we’ve decided to look at how the league’s marquee arrivals have settled into their new surroundings, here are our ratings of the impact of the Premier League’s five most expensive summer signings:

The Germany international had been courted by some of Europe’s leading clubs with the likes of Bayern Munich and Real Madrid reported to have held a strong interest in the midfielder, though Chelsea took advantage of the uncertain financial situation on the continent to prise the 21-year-old from Bayer Leverkusen.

Havertz arrived into the Premier League heralded as one of the world’s finest young footballers, though his opening months at Stamford Bridge have proven underwhelming for a player with undoubted potential.

He has scored just one league goal in seven appearances so far this season, with Frank Lampard seemingly unsure on the player’s best role or position in his new-look side.

Havertz hit a hat-trick in a League Cup clash against Barnsley in a reminder of the goalscoring threat the youngster possesses, though it is yet to truly click for him in Chelsea colours.

Much more is expected of the German and there are few who doubt he will eventually come good, though his initial impact has been limited as he continues to adapt to the demands of the Premier League.

Pep Guardiola’s expensive list of defensive imports has been well-documented with the Spaniard having splashed more than £400m on his backline since taking charge at the Etihad.

That extraordinary sum has delivered mixed results to say the least, with City’s defensive fragility having cost them dearly in pursuit of the title last season, Guardiola forced into playing Fernandinho at centre-back for much of the campaign having been left unconvinced by the likes of John Stones and Nicolas Otamendi.

The Catalan looked to address those issues and finally secure a long-term replacement for Vincent Kompany this summer, however, splashing a club record £62m on Benfica centre-back Ruben Dias.

It appears to have been money well spent following a hugely impressive start to life at Man City for the Portugal international, a commanding and reliable defender who has brought leadership to a previously flaky backline.

Dias has slotted in seamlessly and has instantly improved City’s defence, their increased solidity providing the platform for a title challenge if they can rediscover the attacking play which has blown away opposition sides in recent seasons.

It’s not quite clicked yet for Guardiola’s side as a whole so far this season, but in Dias, they have a fine foundation to build upon and the 23-year-old looks set to be a fixture for seasons to come.

Chelsea’s problem position at left-back had been an issue for some time, with captain Cesar Azpilicueta regularly having to deputise amid a wealth of unconvincing natural left-sided options.

Frank Lampard finally sought to address his left-back position this summer and secured the signing of Ben Chilwell from Leicester, the Foxes’ full-back costing an eye-catching £50m.

It was a huge sum for the defender but one that appears to have been justified following Chilwell’s start at Stamford Bridge, with the England international having been in fine form since moving to the capital.

Chilwell has added balance and attacking intent from deep for the west Londoners, scoring twice and providing a further two assists in just seven Premier League appearances, whilst helping Chelsea to five clean sheets during that time.

The England international appears to be going from strength to strength in an emerging Chelsea side and has further enhanced his reputation as one of the best in the division.

We’re yet to truly see the explosive Timo Werner who lit up the Bundesliga at RB Leipzig last season, but there have been encouraging signs from Chelsea’s summer signing.

Werner has shown flashes of his ability during the current campaign and has showcased his versatility, featuring both as a centre-forward and wide on the left for the Blues so far this season.

Werner has scored eight goals in all competitions and his pace and penetrative running have caused headaches for Premier League defences, his electric bursts of speed a huge asset to Chelsea’s new-look attack.

The Germany international is unrelenting in his ability to get into goalscoring positions and it is a trait that is likely to see him return handsomely as the season progresses, Werner seemingly unflustered by missing opportunities as he awaits the next chance to hit the score sheet.

Werner will likely want increased minutes in a central role in the coming months, a position in which he was so devastatingly effective for Leipzig and one where his speed and movement can stretch Premier League defences.

Arsenal made Thomas Partey the most expensive deadline day signing in Premier League history after securing a late window move for the Atletico Madrid midfielder, capitalising on a £45m release clause in the player’s contract to bring him to the Emirates.

Partey has wasted little time in announcing himself as an Arsenal player and appears the kind of midfielder the club have long lacked in the engine room, an industrious and physically powerful player capable of dominating midfield battles.

The Ghana international was superb in the north London side’s 1-0 win at Manchester United as he seemingly covered every blade of grass, Partey a box-to-box influence who combines elite athleticism with an ability to pick passes and carry the ball in possession.

Injury has halted his progress and the Gunners will be desperate for the 27-year-old to return as quickly as possible, Mikel Arteta’s side having endured their worst ever start to a Premier League season.

It’s that start and Partey’s three Premier League starts which prevent him from getting a higher mark, though we’re expecting his figure to rise upon his return to full fitness.