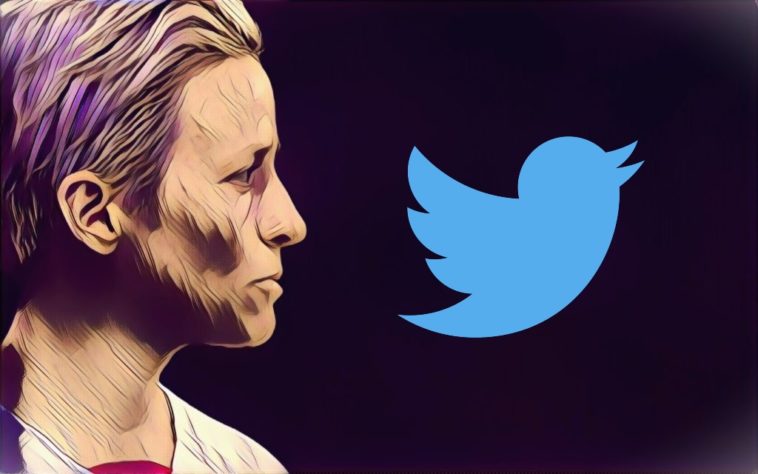 The funniest and best football-related tweets this week, featuring Megan Rapinoe’s foul-mouthed takedown of Donald Trump, Rafael Benitez is already set up for life after Newcastle, and Luis Suarez is still a complete and utter shithouse.

So much so that it caused ructions in the political world.

Megan Rapinoe with the assist, Ali Krieger heads it into the net. https://t.co/n59u4YFEx4

Cracking finish from Winfrey on the volley there.

Back on Stateside, Wayne Rooney is still blowing minds for DC United, but it’s the goalkeeper’s dive that makes this goal.

The search for his successor is going well.

Manchester United have finally got their man, but it’s not good news for one of their veterans.

The next generation of United fans are very optimistic about the future.

Fantasy Premier League is back, but not everyone is happy with the player values…

Absolutely outrageous should be 13 https://t.co/KwXjectEPI

You might have to watch this next one a few times:

That awkward moment when your manager is still better than the entire playing squad.

🔥 Yep, the Gaffer's still got it! pic.twitter.com/VSMiAVa1Cf

Fun things are now prohibited from the game of football.

27 min. The Finn Harps mascot has been sent off for pretending to save shots behind our goal (0-0) pic.twitter.com/71DhCTXGrM

Finally made it to Baku. COME ON YOU GUNNERS!!!

Over three decades ago this week since Marco van Basten did a madness.

31 years ago today Marco Van Basten did this in the European Championships Final.

The look of shock on Dutch boss Rinus Michels’ face sums it up.

What a goal. What a player.pic.twitter.com/HBRRVoXwQb