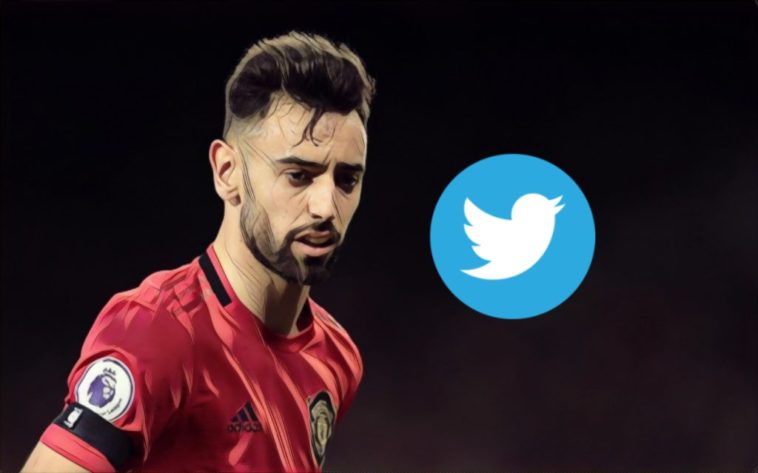 Sporting’s transfer negotiator will be delighted to see the back of Man United.

The Sporting CP chairman when he opens his curtains every morning. https://t.co/DSa4KGCqvl

Man United have already discovered a way to save money on the deal.

Even so, Fernandes got his first start for Man United against the Portugal B team.

Bruno hugging Rui Patricio and the gang, can only think how tough it must be to play against your own national team https://t.co/1s4sQOYE3j

Leicester City are already disappointed by the transfer window.

Billy Sharp should write all of the football chants.

Even the Skip wanted to get involved 😂 pic.twitter.com/B6tHnDOCJv

Just look at what he’s gone and started.

I think Aston Villa are happy to be in the League Cup final.

EXHIBIT A in the case against "the cups don't matter":pic.twitter.com/Lf5DCpKRct

Endless amounts of respect for Rhian Brewster doing a Gazza on it.

That baby is Phil Jones. https://t.co/4CktWgk9YO

Well done to Antoine Griezmann for going five minutes without doing something problematic.

So glad he didnt… you know https://t.co/O6kwcmkAoi

Remember the Icelandic volcano that we couldn't pronounce? Amateur club FC Eyjafjallajokull depicts the fiery apocalyptic scene on their club logo. This must be a contender for one of the most bizarre badges ever! pic.twitter.com/B4IlrcASoD

Read: Six Premier League records that could be equalled this season

See Also: How did the ‘big six’ fare in the January transfer window?