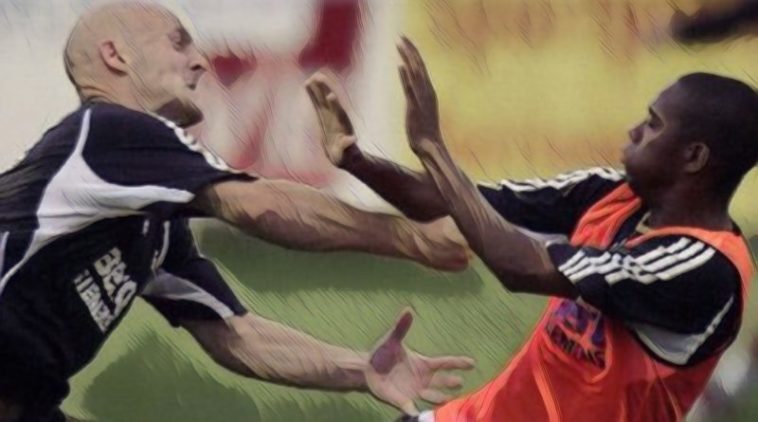 The best and funniest tweets from Football Twitter this week, featuring Harry Maguire’s record-breaking transfer, why Freddos are important to understanding the deal, and a severe case of the nutmegs.

It wasn’t that long ago that most football clubs’ transfer budgets would be lucky to go into the tens of millions. There might have been a few big transfers across a summer, but now we get huge deals done in consecutive days.

Arsenal commit £72m for a relatively unproven winger, while Manchester United go and spend £85m on the second coming of Terry Butcher. And then Sheffield United went and broke their transfer record for the fourth time in the one window. Sheffield!

Harry Maguire’s £85m move to Manchester United is such a landmark moment, it deserves to be recognised nationally.

If you’re struggling to understand the economics behind the transfer, this should clear things up.

Meanwhile, Arsenal’s own record signing Nicolas Pepe is already showing up his teammates in training.

Nico straight into action with the rondo nutmegs ?

While everyone else is splashing the cash, the rest of us are here like:

Me waiting for Lo Celso to join #thfc #locelso pic.twitter.com/3RXmtvHngd

We are currently in a golden age of official club statements. Long may it continue.

News reports made today stating that Leroy Sané has decided to join FC Bayern do not correspond to the facts.

Solskjær: ‘Pogba is injured. He won’t feature vs Milan’.

*Pogba doesn’t travel with the squad*

When the teacher looks over at your desk to make sure you’re doing the work:

This video will never get old??? pic.twitter.com/lpr4bDEkdC

Pedro is the definition of a footballer who plays as if he knows his girlfriend is watching.

This is absolutely beautiful in slow motion. https://t.co/EnTnqz22F0

Reminder that you do NOT want to mess with Thomas Gravesen.

It’s 13 years to the day since Tommy Gravesen decided to iron out Robinho during pre-season training at Real Madrid.

On the 10th anniversary of Sir Bobby’s passing, a chance to share this again.

A decade after Turin, the Gaffer reflects with @GaryLineker on what might have been.

The pride, the passion and the pain are still there. So, so close.pic.twitter.com/Hy690H7ltl

Analysis: Why Pepe to Arsenal is a Big Gamble

This weeks Football Twitter round-up is brought to you in association with our friends at Carling, who’ve just launched a superb new inter lockable glass that allows you to carry four pints easily. Now if that’s not an innovation we can all get behind, we don’t know what is!