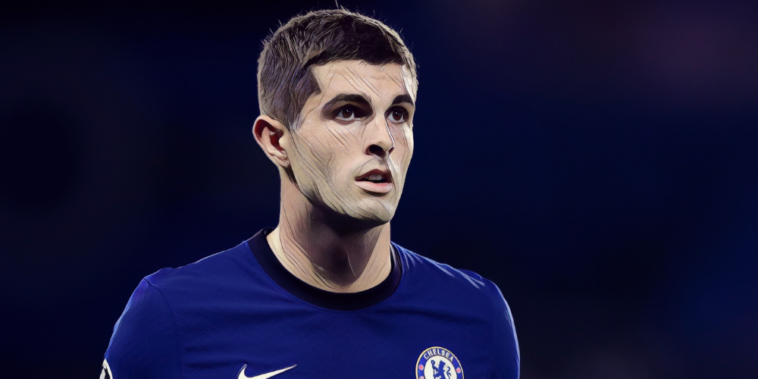 Pulisic enjoyed a promising debut season with the west London side last season and emerged as one of the club’s most influential players over the second half of the campaign, though the US international has suffered a series of setbacks with injury since moving to the Premier League.

The 22-year-old returned to the side during Frank Lampard’s final run of fixtures before being dismissed, but has found himself on the periphery since Tuchel’s arrival, despite having previously worked alongside the German coach at Borussia Dortmund.

Tuchel has now opened up on the winger’s fortunes after the star suffered a calf injury in training this week, with Pulisic not expected to travel ahead of tomorrow’s lunchtime clash against Southampton.

The Blues’ boss has urged the star to ‘stay positive’ despite his latest setback and insists Pulisic has the ‘quality’ to bounce back and become a key figure in his Chelsea side.

‘We are not concerned or worried but the medical department is on that,’ Tuchel said at his pre-match press conference.

‘Now we have some little issues in the calf and he stopped training yesterday before it became an injury so I would not say that it is an injury at the moment. It’s risk management that relates to his history of having injuries so we do not want to enter in the same cycle.

‘Chelsea bought Christian for a reason, for his quality and his potential so it’s our job to bring out the best in him. He proved in many weeks that he has the level to be a Chelsea regular player, to have a big impact at this club and it’s a challenge now to maintain the level and to keep improving.’