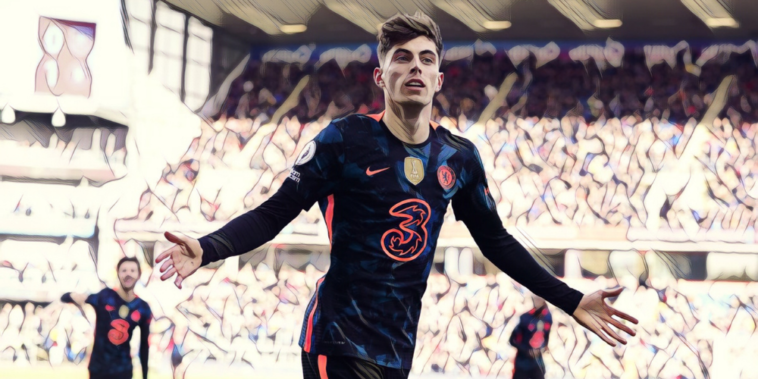 Thomas Tuchel has praised the performances of Kai Havertz following the forward’s impressive spell of form at Chelsea.

Havertz has struggled for consistency since signing for Chelsea in a £72m deal from Bayer Leverkusen, but has shown encouraging signs in a central role in recent weeks.

The 22-year-old scored the winner as Chelsea won the FIFA Club World Cup last month and starred during last weekend’s win at Burnley, netting twice in a convincing 4-0 win at Turf Moor.

Speaking ahead of the Blues’ clash with Norwich in the Premier League tomorrow, Tuchel was asked whether the Germany international had become undroppable for his side and praised the upturn in Havertz’s recent performances.

“Nobody is undroppable, but if he plays like this after he stepped up in his mentality in his game, he is very good and has a huge influence physically and from his quality in our game,” Tuchel told his pre-match press conference.

“That’s why he is very important. He is in a good shape, he turned things around for himself again.

“He was strong at the beginning of the season then a few weeks ago he had a spell where we did not feel him as involved as we feel he is now. He fought his way out, full credit to him. It is the right mentality, he shows how important he can be. It is very important to us.”

Havertz has featured in a number of roles since arriving at Chelsea but has flourished as a central forward in recent fixtures, a role which Tuchel believes is bringing the best from his compatriot at present.

“At the moment he plays [as a nine] because he deserves to play and gives so much to the team. I think he can play all three positions up front. He can also play as a double striker. There is not so much difference. At the moment, he digs in in the central position and he does a lot.”

Tuchel admits Havertz’s form has made it difficult for record signing Romelu Lukaku, though insisted the Belgium international remains an ‘important’ part of his plans despite a frustrating first season at Stamford Bridge.

“It is not easy at the moment for him but he is a member of the team – an important member of the team. There are other players at certain times who are not happy because the biggest problem is we can only start 11 players and lot of players think – and have a reason – to feel they are regular starters for us.”