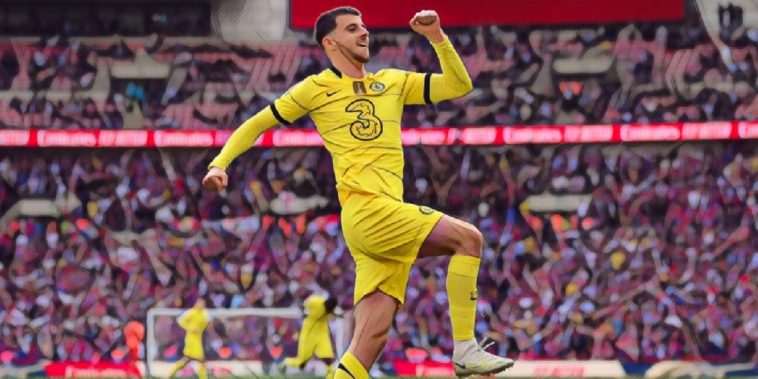 Chelsea booked their place in yet another FA Cup final, their 2-0 win over Crystal Palace setting up a repeat of this season’s Carabao Cup final against Liverpool.

Thomas Tuchel’s side had come into the game on the back of their Champions League exit to Real Madrid, the West Londoners having played 120 minutes in the Bernabeu on Wednesday evening, something that was perhaps behind what was a slow and largely underwhelming first half in the Wembley sunshine.

Chelsea seemed to start the second half with a bit more purpose. and in the 66th minute, they finally took the lead. Palace full-back Tyrick Mitchell was caught on the ball on the edge of the box, with Chelsea quickly feeding the ball into the path of Kai Havertz. The German’s cut-back took a deflection off the heel of Marc Guehi, the ball dropping perfectly into the path of Ruben Loftus-Cheek who lashed it into the top corner.

10 minutes later and it was two, Timo Werner smartly controlling the ball on his chest on the edge of the area before sliding the ball into the path of Mason Mount. The Englishman took a touch inside the box before stroking the ball calmly past Jack Butland to chalk up his third goal in his last three outings.

Joachim Andersen missed a gilt-edged chance at the other end to cut the deficit, as Chelsea became just the third team to qualify for a third successive FA Cup final while also maintaining Thomas Tuchel’s incredible 100 percent winning record in semi-finals.

Speaking after the game, the German coach admitted it was a physically challenging game for his side following their recent exploits.

“It was not easy because we played three games in three different competitions,” he told ITV Sport. “It is not always easy, very challenging physically, we are the team with the most minutes in Europe I think, it is also challenging mentally.

“I thought the performance was very controlled and very serious, we took care of their counterattacks. It was hard, the opponent changed system twice, you cannot lose focus for a minute.”

Ruben Loftus-Cheek has really come to the fore in recent weeks, and his goal was his first since netting for Fulham against Everton back in November 2020. Tuchel said he was pleased with the midfielder’s impact having replaced Mateo Kovacic as a first-half substitute and called on him to keep building his confidence and fulfil his potential.

Ruben Loftus-Cheek with a cracking strike to give Chelsea the lead against Crystal Palace.

“He was very, very strong in matches against Southampton and Real Madrid, he would have deserved to start but we expected a back four,” he said. “We knew Ruben would have a big impact off the bench. I am very happy.

“He hid his talent and potential for a long time in his career. He is capable of producing performances that everyone sees on the pitch. For him, it is step by step that he continues to grow in his confidence.”

The FA Cup final on May 14th will be a repeat of February’s Carabao Cup final, a game in which Liverpool were crowned winners following an epic penalty shootout.

It will be the first time that an FA Cup final will have two Germans in opposing dugouts, and Tuchel is excited to try to win the Cup following the Blues’ loss to Leicester last year.

“I am happy to be part of it again, I cannot be more excited and more proud because it is a huge competition. We will be ready.”