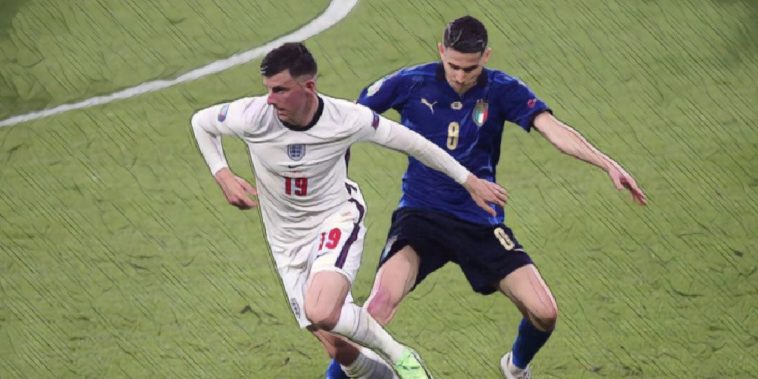 Thomas Tuchel said it was ‘enjoyable’ to see so many of his Chelsea players enjoy starring roles at this summer’s European championships as he prepares for his first full season in charge at the club.

Tuchel was appointed as Frank Lampard’s replacement back in January, instantly reversing the club’s faltering fortunes to secure a place in the top four before claiming a second Champions League triumph.

Following that famous victory over Man City in Porto, a large number of the German’s squad joined up with their respective national sides, and the Chelsea boss admitted he finds it enjoyable to relax while watching the international action

“It is enjoyable to watch because it’s not club competition so it does not feel like I should absolutely watch what’s going on because it could be our rival or whatever,” he told the Chelsea website.

“I have the feeling since a long time that national team competitions are different from the club competitions so it’s pretty enjoyable to watch with friends, and it is every time during holidays so next to a barbecue or after a dinner, you can enjoy a football match and have some people around, and this guy is for Italy and this guy is for Switzerland or whoever. You can have these talks and disagreements and this is enjoyable of course. It is like being a real fan.

“Of course, and even in the final, I was not able to be completely supporting one team because we had three players with England and two with Italy. But it was nice to watch in the semi-final with Spain that our captain Azpi played, and in the other with Denmark, Andreas [Christensen] played a fantastic Euros.

“This made it very enjoyable for me, to see my players perform like this. At the same time, if they had not such a good Euros I was happy that they can go on holiday a bit earlier, and if they play good you are happy because they play good, as then they show how good they are.”

Having not featured for Spain since 2018, Cesar Azpilicueta’s form for the European champions saw him restored to Luis Enrique’s side, the defender starting La Roja’s final group game against Slovakia before featuring in all three of their knockout games.

“He is such a reliable guy,” Tuchel said of the 31-year-old. “Everybody can be so proud that we have him as our captain. He has everything you want from a captain. And I was sure if they select him, whatever the situation will be, you can rely on him and he will give 100 per cent.

“When I knew he will play in the last group game and I saw that it was a decisive game, I thought yeah, he is the guy you want to have on the pitch because he can deliver under pressure. This is what he does and this is what he’s used to doing. He’s a fantastic team player.”

Tuchel was also impressed by the performances of Chelsea record signing, Kai Havertz, who netted twice in the group stages before the Germans were knocked out by England in the last 16.

“For him personally he played a good Euros. He was a threat constantly in the German team for the others to score. Of course he had an excellent ending to our season and although the German team did not do so well at the Euros, I think he can personally be satisfied with the first steps he made here in England and with the outcome for him. There’s things to improve, things to keep the level up high, where he can play and he proved that he can play. This is the next step.”

The likes of N’Golo Kante and Jorginho have been tipped as potential candidates for the Ballon d’Or award following their starring roles for club and country, and Tuchel insists he is ‘so lucky’ to work with the pair, while also praising fellow midfielder, Mateo Kovacic.

“Absolutely, and it’s good that they talk about our players first of all, and that it shifts a little bit and the guys like Jorgi and like N’Golo Kante are in the spotlight, because they are so, so useful and so, so helpful for any team in the world. And we are so lucky to have them.

“Mateo Kovacic is another of that kind, he has the same mentality, the same ability, so we are absolutely happy to have these three midfielders. They’re such a big help to any team in the world. Their approach to football is they’re true team players. They are true helpers. They make things easy for the others, they don’t hide from a lot of work, putting in a lot of effort for others.

“This is a fantastic message to football in general, that these guys come to the spotlight. They’re famous for teamwork. This is good, it sends the right message.”