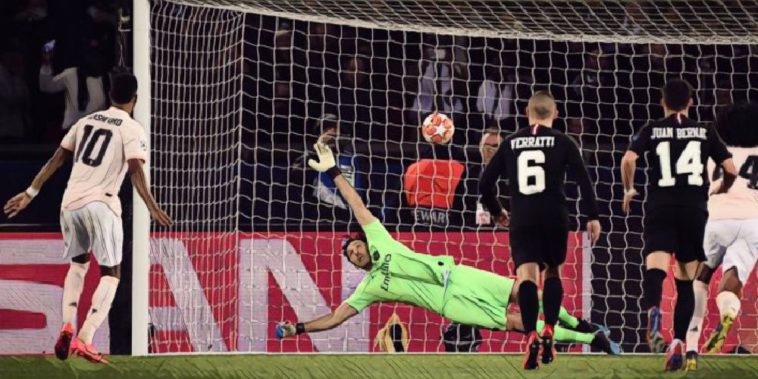 Prior to moving to Chelsea last month, Tuchel spent two-and-a-half years in charge at Paris Saint Germain, ultimately steering the French side to the Champions League final last season.

The previous season, however, PSG’s European campaign came crashing to an end in dramatic circumstances at the hands of Ole Gunnar Solskjaer’s Manchester United side.

The first-leg last-16 tie saw the French side claim a 2-0 win in Manchester, a result that looked to have all but secured their passage into the quarter-finals.

Heading into the second-leg, then interim manager Solskjaer was left without a number of key players, yet managed to guide his side to a sensational 3-1 win to progress, Marcus Rashford netting a last-minute penalty in a game essentially secured the Norwegian’s full-time position at the club.

Ahead of United’s clash with Chelsea this weekend – and another meeting of Tuchel and Solskjaer – the current Blues boss has admitted that that night in Paris left him in a ‘very dark place’.

“I can be very honest after that match I was two days in a very dark place and I can tell you I was not able to speak to anybody and to think about anything else [other] than this defeat,” Tuchel said at his pre-match press conference.

“That was maybe the worst defeat that I experienced because it came from nowhere. In the circumstances that it arrived, I was for two days in a dark place for a coach to be at.

“There is no way you can compare these two games with each other. I told you how I felt after this defeat in the Champions League. We all know that defeats are hard to digest. Am I a good loser? So so. Maybe not so much, but show me a good loser on this level.

“I would love to turn it around. We love the competition and we love to win and we love a good fight for it, and this is what we will hopefully get on Sunday.”

Tuchel has since taken somewhat of a revenge on Solskjaer’s side, the pair meeting in this season’s Champions League group stage. United once again won in Paris on Matchday 1, before PSG beat the Red Devils 3-1 on Matchday 5, United’s subsequent loss to RB Leipzig in Germany seeing them drop into the Europa League.