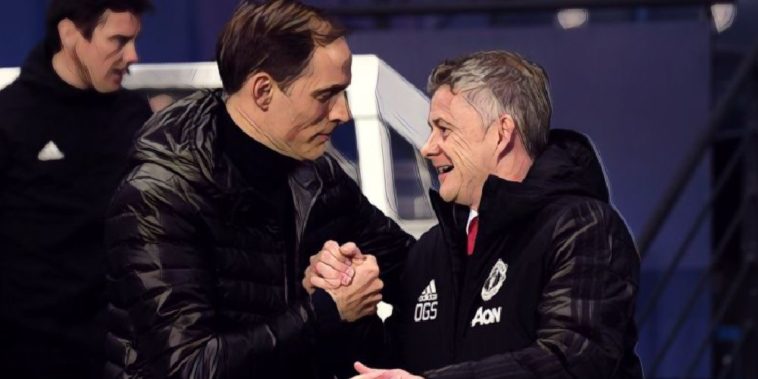 Tuchel has made an encouraging start to his reign as Chelsea head coach with the west London side unbeaten in eight games across all competitions following a 1-0 win over Atletico Madrid in the Champions League in midweek.

Chelsea face a stern test of their top-four credentials this weekend when they host second-placed Manchester United in the Premier League on Sunday, a victory potentially moving the Blues within three points of Ole Gunnar Solskjaer’s side.

Ahead of the clash, Tuchel is confident he knows the ‘strengths and weaknesses’ of this weekend’s opponents after meeting United with PSG in the Champions League’s group stages earlier this season.

PSG were beaten 2-1 at the Parc des Princes as a late Marcus Rashford goal secured victory for the Premier League side, though avenged that loss with a comfortable 3-1 win at Old Trafford in the reverse fixture.

The German has now discussed the Red Devils ahead of what shapes up to be a fascinating encounter this weekend, and believes his previous experience of facing Ole Gunnar Solskjaer’s side this season can hand his side an advantage.

“It helps if you know the style, the strengths and weaknesses,” Tuchel told his pre-match press conference. “We have a pretty good impression of the style they play and the spaces they want to hurt us, and their strengths individually and as a group. That helps to prepare.

“They like to have space, they like to counter-attack, they like to use their speed and absorb our speed. They are strong team that can defend very compact, very good in transition whoever plays, and it will be a big challenge to defend all this.

“We will underline our opinion and knowledge with pictures from the last four weeks, like always, and then we will prepare our team to hopefully win this match. We will totally focus on us, what we have to do to win this difficult match.

“There is a lot to do but we are on a good run, and it will be a big challenge to be the first ones to beat them in a Premier League away game.”