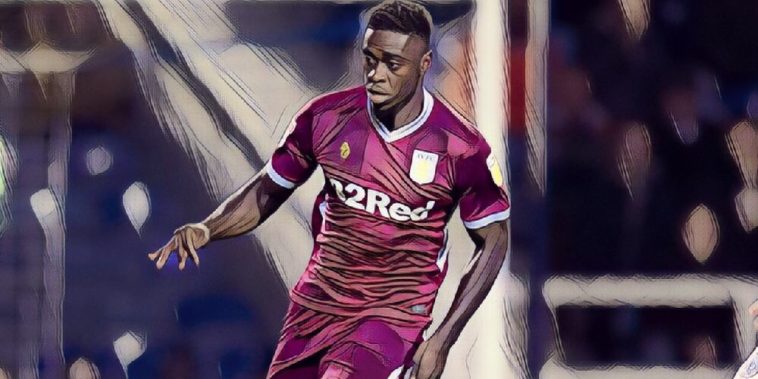 Axel Tuanzebe has said the football being played under new Aston Villa boss Dean Smith is much more suited to his style of play.

The defender, who is currently enjoying his second season on loan at Villa Park from Manchester United, was initially deployed as a right-back for the opening games of the season by former boss Steve Bruce.

However, the arrival of Dean Smith from Brentford this month has seen the England U21 international revert back to his preferred position at centre-back, where he has struck up a good partnership with another former United defender, James Chester.

Not only has the new Aston Villa boss moved Tuanzebe into the heart of the defence, but he has also brought a more expansive brand of football to the Midland’s club, something which the 20-year-old says is benefiting him:

“It suits my style of play. It’s the one I’m used to back at Manchester United and it benefits me to be playing that way here,” He told AVTV.

“You can see already that we’re dominating games. We just need that final touch, pass – whatever it might be.

“Hopefully the extended time on the training pitch now can help us achieve that.

“We’re playing much better football and it’s a style I enjoy – keeping the ball and trying to create something by playing from the back. We’ve adapted well so far.”

Villa are currently sitting in 17th in the Championship, just four points clear of the relegation zone, but just seven points away from the playoff places.