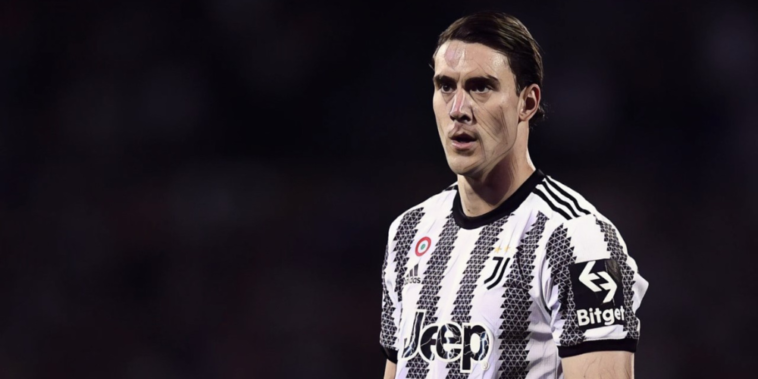 Juventus are a club in crisis right now following a mass resignation of several leading figures.

The Serie A side have announced that several board members have left their positions with immediate effect, including president Andrea Agnelli, Pavel Nedved and Federico Cherubini. An investigation is underway into false accounting, with the focus on “revenues from player registration rights” between 2019 and 2021.

It continues a troubled period for Juventus, who posted an Italian record loss of €254.3m (£220m) last season. The situation could lead to an exit of star names from Max Allegri’s squad, with the uncertainty unsettling.

There will be no shortage of suitors for Juventus’ top talent should a fire-sale follow and we’ve picked out five names who could attract Premier League interest.

Federico Chiesa has been linked with the Premier League in past windows, with Arsenal, Chelsea and Liverpool among the clubs credited with an interest in the winger.

Chiesa was the star name at Fiorentina before disappointing the club’s supporters with a switch to rivals Juventus, signing on an initial loan deal with an obligation to purchase for a fee in excess of €40m.

“Catch me if you can” – feat Federico Chiesa 🌪🎬

He has provided 33 goals and assists in 64 appearances for Juventus, but has missed much of the last year after sustaining an ACL injury in January 2022. He will hope to regain form and fitness after an extended period on the sidelines, as he looks to return to the levels that saw him star at Euro 2020.

Chiesa was named in the Team of the Tournament after impressing during Italy’s success in the competition and has a game-changing talent that will appeal should he become available. If Juventus are required to balance the books, Chiesa shapes as one of the club’s most saleable assets.

Dusan Vlahovic turned down the advances of Arsenal to sign for Juventus in January, with the Italian side reaching an €80m agreement with Fiorentina for the forward.

Vlahovic scored 29 goals in all competitions last season, with only Ciro Immobile outscoring the Serbia international in Serie A. He has six in ten appearances during the current campaign, despite Juventus’ struggle for consistent results.

The Serbian gives Juventus the lead with a stunning free-kick just 76 seconds into the match ⚽️ pic.twitter.com/ei3ULrK9DD

His powerful frame and devastating finishing would be ideally suited to the Premier League and Arsenal – currently leading the table in England – could renew their interest in the 22-year-old as the Gunners look to provide a competitive alternative to Gabriel Jesus.

Newcastle have also been linked and Vlahovic could be a statement signing for the Magpies, who are pushing for Champions League qualification under Eddie Howe. Chelsea and Man United are other sides in the market for a centre-forward.

McKennie has impressed during the World Cup in Qatar and was outstanding as the USA held England to a goalless draw in Group B.

Alongside Tyler Adams and Yunus Musah, he dominated the midfield battle against Declan Rice, Jude Bellingham and Mason Mount. McKennie’s box-to-box drive has attracted interest from English clubs, with Tottenham understood to be among his many admirers.

Spurs have a strong working relationship with Juventus due to the presence of Fabio Paratici in north London and negotiated deals to sign Rodrigo Bentancur and Dejan Kulusevski from the Italian side last winter.

That duo have proven inspired signings as Antonio Conte looks to build a squad capable of challenging England’s elite and McKennie could prove another astute addition to the ranks. Brad Friedel this week called McKennie the USA’s best ever midfielder and endorsed his former side to make a move for the 24-year-old.

“If the finances work then Tottenham should definitely be in for McKennie,” the former Spurs goalkeeper told OnlineCasino.ca.

“He’s the best central midfielder the US has ever had. Against England he showed his quality and I think he’d be a brilliant addition for any big side in Europe.”

Manuel Locatelli is another name who has rejected past approaches from English football, with the midfielder linked with Arsenal before his move to Juventus.

Locatelli was excellent during Italy’s run to success at Euro 2020, but has struggled to replicate that form since signing for Juventus from Sassuolo. The 24-year-old shone as part of a front-footed Sassuolo team, but has failed to find his role in Max Allegri’s side.

Comfortable in a variety of midfield roles, he could prove an attractive option for Premier League teams in search of an engine room upgrade. Arsenal lack depth in central midfield and could return, while Liverpool have been linked as Jurgen Klopp looks to refresh an ageing centre.

Moise Kean struggled to make an impression during his previous spell in the Premier League, scoring just two goals in 32 league appearances for Everton.

Just six of those appearances came from the start however, and he has shown during stints at Paris Saint-Germain and Juventus that he is capable of providing a reliable source of goals. Kean scored 13 goals in all competitions for PSG in 2020/21, and has four in six league starts for Juventus during the current campaign.

Still just 22, he has room to grow and improve with a regular run of games and could be open to a move away from Juventus after finding himself behind Dusan Vlahovic and Arkadiusz Milik in the club’s plans.

He has scored four goals in 12 caps for Italy, but was not included in the Azzurri’s most recent squad.