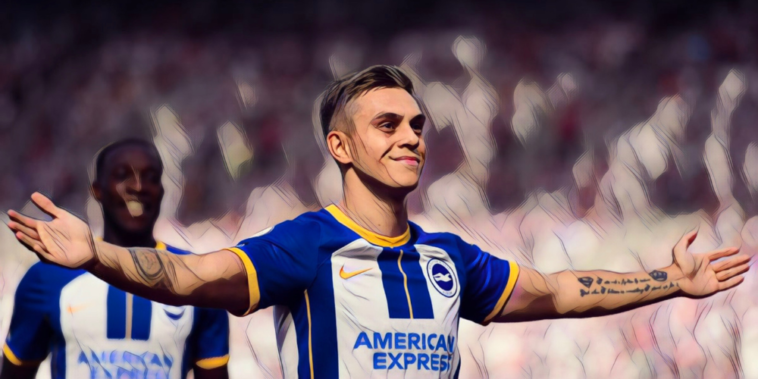 Leandro Trossard has opened the door for a reunion with Graham Potter at Chelsea and admits he wants to go ‘if the opportunity arises’.

Trossard has been linked with following his former manager from Brighton to Stamford Bridge, having been a key part of Potter’s Seagulls side.

The Belgium international has made 106 appearances for Brighton since becoming Potter’s second signing at the Amex Stadium and has admitted he would be open to the prospect of joining the 47-year-old in west London.

Trossard follows teammate Moises Caicedo in admitting his interest in a potential move to Chelsea, though said he would want assurances over his role in the side before completing a transfer.

“Our coach did leave for Chelsea now but speculation about me following him makes no sense,” he told Het Nieuwsblad.

“If the opportunity arises, I want to go. But I want to play and not sit on the bench.”

Trossard scored eight goals in the Premier League last season and his impressive form this campaign saw the winger included in the Belgium squad for September’s international fixtures.

He is expected to feature as part of Roberto Martinez’s plans for the World Cup and believes his game has evolved after three seasons in the Premier League.

“I feel very good. We have had a very good start with Brighton. I have evolved enormously. I now know how Premier League works. I grew a lot in that. Confidence, mentally, physically,… I have gotten better. I’ve mastered the tricks now.”