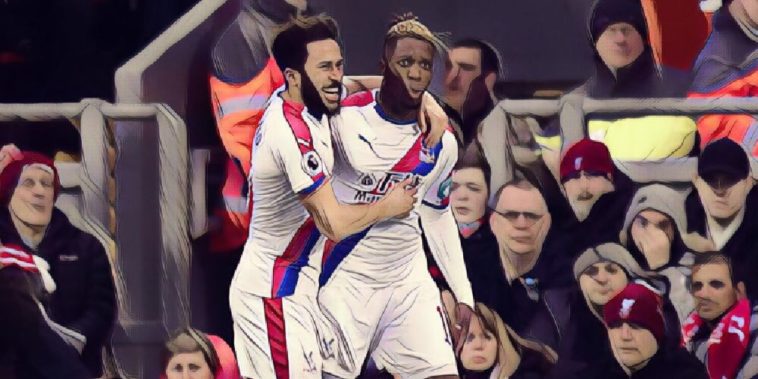 Andros Townsend has said that he would love Crystal Palace to keep hold of Wilfried Zaha beyond the current season, describing him as ‘the most naturally talented player’ he’s ever worked with.

Zaha has always been an integral part of the Crystal Palace setup in both of his spells at the club, with this season’s haul of 10 goals being his most prolific in front of goal.

His latest strike came in the 3-2 win over Cardiff at the weekend – a result which confirmed the Bluebirds relegation – and his form has seen him linked with a move to a whole host of bigger clubs in both the Premier League and abroad.

Speaking about the Ivory Coast international, his Palace teammate Andros Townsend has said that if he does leave the club, then he will go with his best wishes, although he is hopeful he will continue to ply his trade at Selhurst Park for ‘a little bit longer’.

“We’re lucky to have him at Palace and hopefully we can keep him for a little bit longer,” Townsend told the press after Saturday’s win.

“The players, the manager, the staff, the fans all love Wilf and all want him to stay.

“He’s a top-class player and, without doubt, the most naturally talented player I’ve ever played with.

“If you see some of the stuff he does in training on a day-to-day basis, it’s incredible.

“But if that day does come this summer, next summer or the summer after where he feels like he has to move on, we’ll give him our best wishes.”