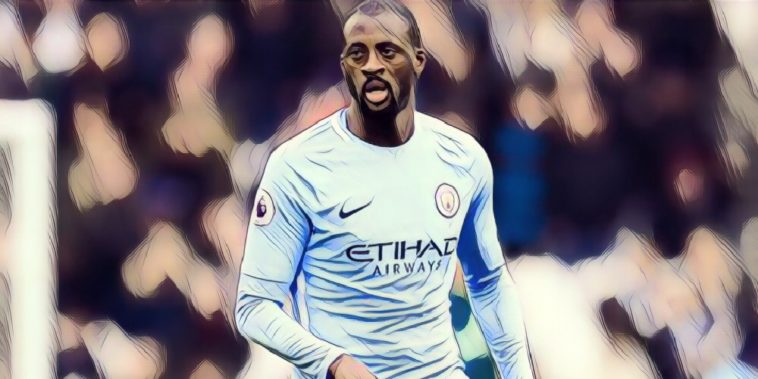 Yaya Toure will play for any of the top six clubs in the Premier League for just £1-a-week according to his agent.

Nope, you didn’t read that wrong. The ‘0’ on my keyboard hasn’t broken either. Toure would be willing to play for just ONE English pound per week!

The Ivory Coast international has finally ended his eight year association with Manchester City this summer, where he was won three Premier League titles, two League Cups and one FA Cup, and is now free to sign for anyone he likes.

However, speaking to Sport24, his agent Dmitry Selyuk confirmed that there is plenty of interest in his client, and he still plans to play on for another seven years:

“Now Yaya has many offers from different countries, where they are ready to pay a lot of money, but we decided to dedicate the next season to Guardiola. And to prove and show the fans of Manchester City that Yaya is not finished with football. He is full of energy and wants to play this season in England.

“At a time when huge sums are being spent in England for the purchase of football players, I officially declare that Yaya is ready to move as a free agent to any English club in the top six with a salary of £1 a week – but for certain successes to make a bonus system.

“I believe that a player like Yaya would not harm Arsenal, Chelsea, Manchester United, Tottenham and Liverpool. Yaya – the winner. And never before has a top footballer with leadership qualities harmed any club, especially when it is not necessary to pay for it.

“I think it’s the first time in history. We are not so interested in money, as perhaps it seemed to many. If they were interested in us, we would go to another country, where they offer very large sums. But Yaya wants to show that he still has the strength to play at the top level for at least three or four years.

“Yaya always played as number 42. We chose this number as the age in which he will finish with football. After Guardiola in the next two or three years will not win the Champions League with Manchester City he will be kicked out, perhaps Yaya will return to the club, and in any capacity.

“The fact that Guardiola ended Yaya’s career in Manchester City is not even a mistake, but a crime. But the boomerang will return, Pep. You will still see what the African shamans are. Remember this always.

“At Benfica there is the curse of coach Bela Guttmann, after which the team loses all the European cup finals. And Guardiola will beat this record, despite the money injected into him.”