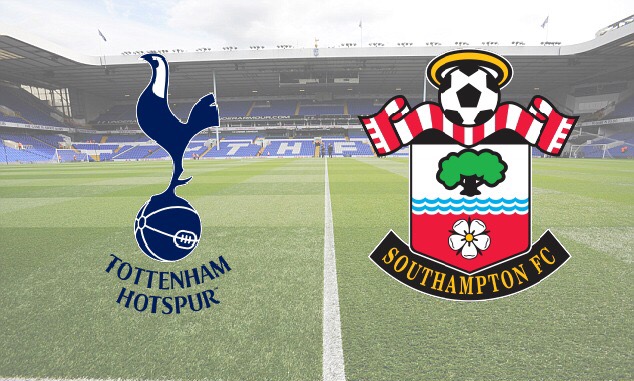 Tottenham Hotspur host Southampton in the Premier League as they look to tighten their grip on the top four.

Both teams come into this one on the back of impressive victories last time out. Spurs will however be struggling to replace the injured Harry Kane. Heung min Son is expected to try and fit the void left by Kane and Janssen is expected to start on the bench.

Spurs are on a very impressive run this season at White Hart Lane, as they have remained unbeaten in all competitions since Southampton beat them at the end of the 15/16 season, where Spurs so infamously crumbled. Although the absence of Harry Kane could be a worry for Spurs, Southampton are yet to keep a clean sheet away from home in their last 25 away games against Tottenham.

Generally Spurs do have a very good record against the Saints since they were promoted, and have only lost one game against them. Tottenham will be hoping to capitalise on other crunch games in the league that could see a few of their top 4 rivals dropping points.

Southampton have been largely unimpressive this season. They sit 10th in the league, needing 30 out of an available 36 points to equal last season’s points tally. Their cup run this season has been very impressive and they really should’ve walked away with the trophy.

In the reverse fixture earlier on in the season the Saints really dominated the first 20 mins and should’ve been 2 or 3 goals ahead before Spurs finally got their act together and ran away 4-1 winners.

Spurs will be without Harry Kane for around 6 weeks with an injured ankle. Full back Danny Rose is also out (knee), wwhilst Dembele and Walker are both doubts.

Virgil Van Dijk and Charlie Austin are both long term absentees for the Saints, but there are no other injury concerns.

Spurs are 7/10 to win this fixture, but if you don’t fancy them considering the loss of Harry Kane, Southampton are a well priced 4/1.

I expect a very tight and tough game considering the injuries Spurs have to cope with, however I still think their quality at home especially will eventually see them through to pick up all three points