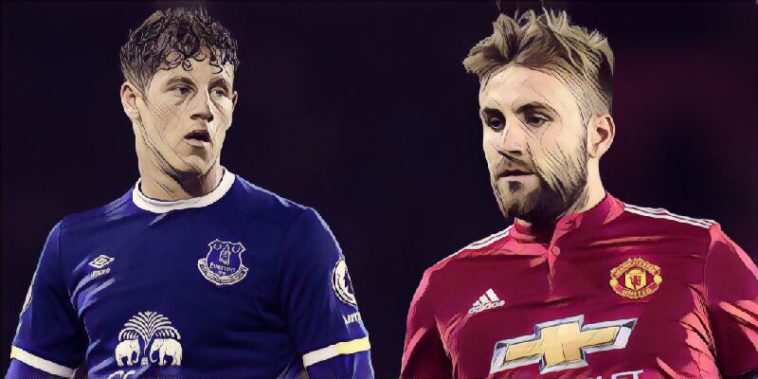 According to the Express, Mauricio Pochettino is ready to launch a bid next month for Everton midfielder Ross Barkley and Manchester United left back, Luke Shaw in a bid to get their season back on track.

The Argentine boss has had a long standing interest in the Everton midfielder Barkley and was thought to have wanted to sign him last summer. However Barkley almost completed a deadline day move to Spurs’ rivals Chelsea before the player pulled out of the deal late in the day.

Barkley is yet to play a minute of football this season thanks to an hamstring injury, but is close to completing his comeback from surgery. The midfielder made his first appearance of the season in a behind closed doors game at finch farm earlier this week and has just six months remaining on his current deal.

Meanwhile Pochettino is also keen on landing Man Utd left back Luke Shaw. The youngster has had a difficult time since his £30m move to Old Trafford in 2014. He has suffered a number of injuries including a horrific broken leg in 2015, and has since struggled to impress Jose Mourinho of his abilities.

Shaw played under Pochettino during the pair’s time at Southampton and the defender has made no secret of his desire to work with his former boss in the future.