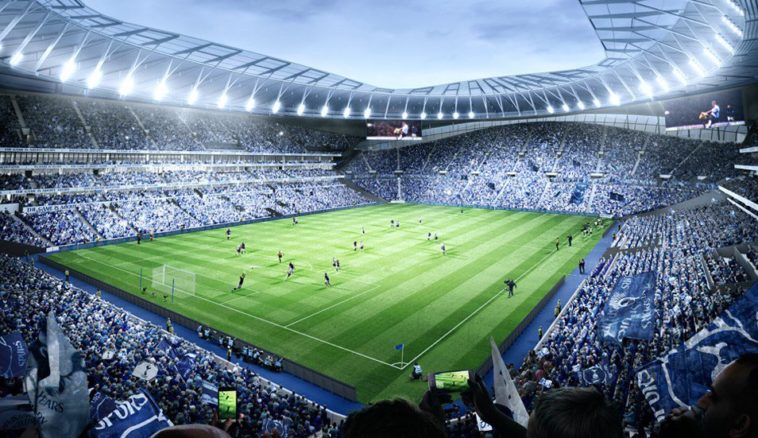 Tottenham Hotspur have given an update on the progress of development of their new stadium, and I think you will admit, it’s quite impressive.

Its a sign of the times these days. Arsenal and West Ham have already moved into new their new stadia, Liverpool have completed the first phase of their Anfield redevelopment, whilst Everton are believed to be close to securing a location for their new home. Atletico Madrid in Spain are also prepairing to say goodbye to the Vicente Calderon as their new stadium nears completion.

However the next new build Premier League venue will be White Hart Lane…version 2.

The title challengers have today released a the latest short time lapse video of the progress of their new build stadium, which is slightly offset from the current grounds location.

Our new home is taking shape! Take a look back at how work has developed over the past month… 🔩 ⚙️ 🔨 #SpursNewStadium pic.twitter.com/YyB2M1DgOj

Because the old stadium and new stadium are being built essentially on the same site, it would be practically impossible to complete the build and seamlessly move into the new build next door.

It is expected that this season, the 2016/17 campaign, will be the last at their current ground before the team temporarily switches to Wembley next season whilst their new home is completed.