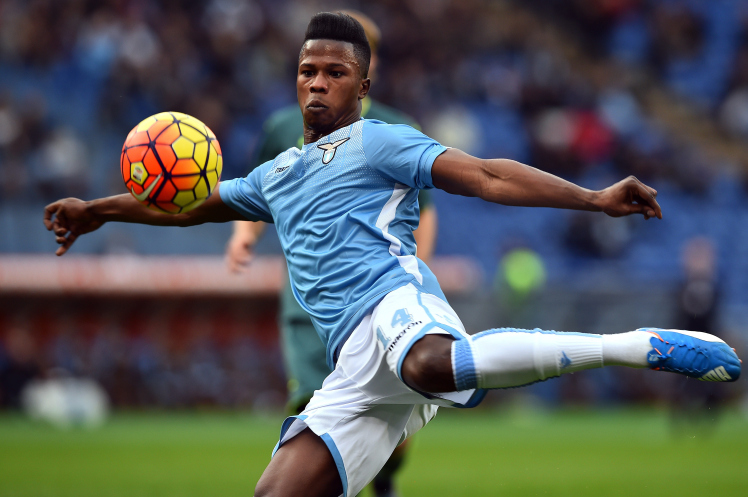 Tottenham have heightened their interest in Lazio winger Keita Baldé Diao after he was left out of the squad for their Italian Super Cup match against Juventus.

According to the Daily Mirror, the 22-year-old is keen on a move to their recent opposition Juventus but his club don’t want to sell to a Serie A rival. Despite a move to the Italian champions being appealing and more convenient, Baldé Diao might fancy a new challenge and will get plenty of playing time at Spurs.

The reason Tottenham are suddenly on alert is because, as mentioned, Baldé Diao wasn’t selected for the Italian equivalent of the Community Shield. As a result, the player reacted with this outburst on Twitter.

“The lack of a call-up for the Super Cup Final has profoundly hurt me.

“It is the first important match of the season, for which I had prepared and was ready for action.

“The decision made by the club, which evidently had nothing to do with purely sporting criteria, puts me in a psychologically uncomfortable position and right now I don’t know how to evaluate the consequences of that.”

The Spain-born Senegalese winger is a fast and powerful player who can occupy either wing or play in the middle. With 18 goals and six assists in 34 appearances last season, Balde Diao is definitely a player who can make an impact at Tottenham, who are yet to make their first summer signing. WhoScored pointed out the youngster’s impressive development last season compared to those previously:

Keita: Scored more goals in Serie A last season (16) than he managed in the previous three seasons combined (10) pic.twitter.com/acbp7QVWSm

Spurs boss Mauricio Pochettino is known for his development of young players, and Baldé Diao is a youngster who already has a wealth of experience, so could become quite a player under his guidance. He would add dynamism to Tottenham’s attack which currently lacks pace, and offer valuable back-up in the large amount of games Spurs have to play this season.

If Tottenham pulled off a signing like this, fans may be forgiving that they haven’t signed anyone sooner. They currently don’t have anyone like Baldé Diao in the squad, so this would be a top signing if the North London side manage to secure his signature.