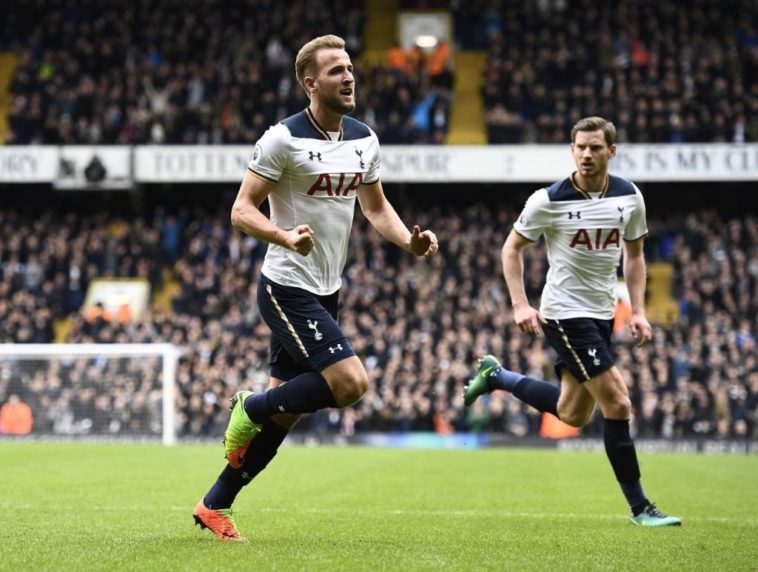 A third Harry Kane hat-trick in nine games ensured Spurs got back to winning ways following disappointment in Europe.

Both teams named unchanged line ups from their last game with Mauricio Pochettino continuing with a 3-4-3 formation that has served Spurs so well this season. For Stoke, Peter Crouch returned to the ground where he scored 12 home goals as a player, with new signing Saido Berahino still having to settle for a place on the bench.

Spurs started the game on the front foot and were rewarded inside 15 minutes. Harry Kane was first to pounce after Ryan Shawcross had dispossed Dele Alli, and from a tight angle rifled his shot past Lee Grant. A truly tremendous finish from Kane as Spurs set to put Thursday night well and truly out of their minds.

Stoke were soon made to pay as Kane notched his 21st goal of the season in all competitions. Eriksen played the corner to Kane on the edge of the box who on the half volley curled the ball into the top corner with his so called weaker left foot. Truly a world class finish from a man now the only Tottenham player since Jimmy Greaves to score 20 goals in three consecutive seasons.

Less than five minutes later, Kane had secured his second hat-trick in a week in some what fortuitous circumstances. Kane’s free kick from 25 yards out took a deflection off Crouch and made its way into the corner past a wrong footed Grant. Not Kane’s finest goal in a Tottenham shirt, not that he or Pochettino will care.

If the game was not already over, it was now as Alli notched his 12th Premier League goal of the season. Kane turned Martins Indi with a sublime touch and squared the ball to Alli with the goal gaping. A big goal for Alli considering his red card in midweek. As the half ended, to say it was one of the most one sided halves of Premier League football all season is somewhat of an understatement.

Probably the biggest negative of the game from a Tottenham perspective was Alderweireld who limped off just five minutes into the start of the second half, being replaced by Kevin Wimmer.

For large swades of the second half, Spurs knowing the game was more or less over slowed the pace down, with Wanyama and Dembele incredibly comfortable in the middle of the park.

With 70 minutes gone, Stoke had almost reduced the defecit. Allen drilled a ball across the face of the box, and if not for a deflection, would have found its way to Arnautovic at the back post. Despite getting a hat-trick, Kane was in search of a fourth and if not for Grant, would have had his wish. Kane curled a shot beautifully towards the top left hand corner of the goal which Grant did well to tip round the post for a corner.

As the match ended, Mark Hughes will have been concerned with the one sided nature of the game, with Stoke limited to less than a handful of chances. This was the third time in a row Spurs have beaten Stoke 4-0, with any lingering thoughts of Thursday night well and truly put to bed with a brilliant performance.