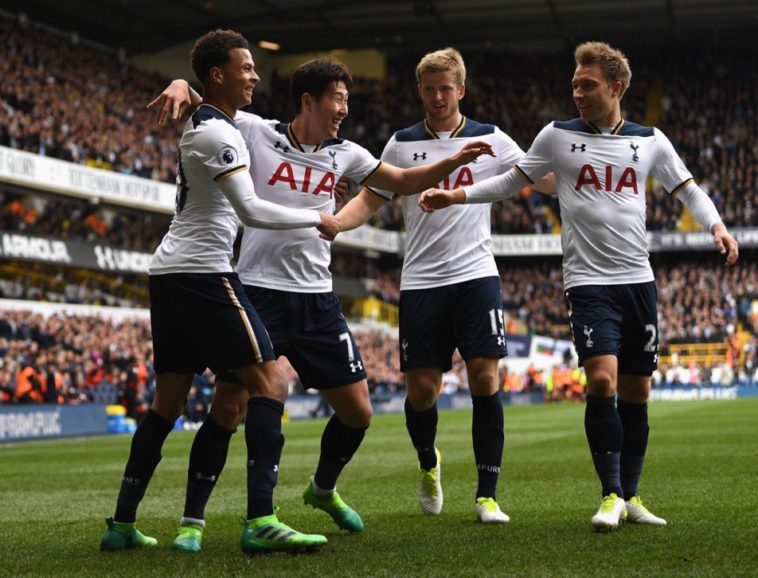 Spurs produced yet another ruthless home display as they blew Bournemouth away at White Hart Lane.

Mauricio Pochettino made two changes from the side that beat Watford by the same scoreline in Spurs’ last game. Harry Kane made his first start in a month following his ankle injury, whilst Kyle Walker came in for Kieran Trippier.

For Bournemouth, the returning Junior Stanislas came straight into the starting lineup for Ryan Fraser.

Unsurprisingly, it was Spurs who started the brighter of the two sides. Bournemouth struggled to handle Spurs’ high press, and it soon took is toll.

Christian Eriksen’s corner evaded the Bournemouth defenders in the box, making its way to Dembele at the back post, smashing in his first goal of the season. A poor goal to concede from Bournemouth’s perspective, and things soon got worse.

Three minutes later, and Son had doubled Spurs’ lead. Kane flicked the ball into Son on the right hand side of the Bournemouth box, who drilled a low shot under Boruc. A great finish from the South Korean, netting his 19th goal in all competitions this season.

Things almost got significantly worse. Son picked out Eriksen 15 yards from goal with a bouncing ball, but the Dane could only fire over. As the half ended, Spurs were totally dominant, with Bournemouth failing to get a single shot on target.

Just three minutes into the second half, and the game was effectively over. Alli chipped the ball into Kane, who brilliantly turned Francis, before curling beautifully into the corner. Kane’s 20th league goal of the season in just 24 games for the 3rd successive season. A feat only managed by Henry, Shearer and van Nistelrooy previously.

A minute later, and Kane should have got his second. Following a lightning quick counter attack, Kane could only fire straight at Boruc. A poor effort for his exceptionally high standards.

It took 74 minutes for Bournemouth to register their first shot on target, with ex Spurs man Daniels firing straight into Lloris’ hands from the edge of the box.

As the game was drawing to a close, Spurs added a fourth. You know things are bad when Vincent Janssen scores, and that’s just what the defending was from Bournemouth.

Janssen’s shot was deflected back into his path, and with the goal at his mercy he tucked it away. Just his second Premier League goal of the season, the first from open play.

As the match ended, it was a torrid afternoon for Bournemouth, who were outclassed all afternoon. The win for Spurs is their 12th consecutive win at home in the league, with the gap to Chelsea just four points.

Man of the match: Mousa Dembele