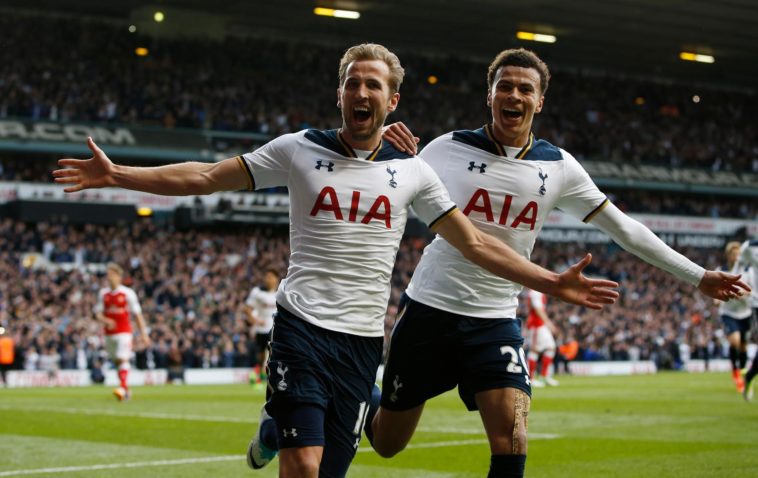 Within the first minute Harry Kane was on target with a low drive. The shot didn’t particularly challenge Petr Cech but it showed that Kane was up for this derby.

Despite the importance of this derby for both sides, there were few chances in the opening 20 minutes. However, Tottenham Hotspur then had two brilliant chances, both of which should have been in the back of the net. Kane got past Gabriel and then his deflected shot fell to Dele Alli who somehow managed to miss from about five yards out.

Son then beat Alex Oxlade-Chamberlain, cut inside and went for goal. His shot was saved and on the rebound Christian Eriksen’s effort hit the crossbar. Two chances in three minutes that Spurs really should have scored.

As for Arsenal, they were very fortunate that the score remained goalless. The Gunners registered their first attempt on target in the 38th minute when Aaron Ramsey’s curling effort was saved well by Hugo Lloris who managed to push it behind for a corner.

On his 200th appearance in all competitions for Spurs, Jan Vertonghen nearly marked the occasion with a goal. During stoppage time in the first half, Spurs had a corner and the clearance fell to the defender whose well struck right footed curler was saved by Cech.

The frenetic pace of the game continued after the break. Son found Wanyama who struck the ball first time towards the top corner and forced an excellent save from Cech.

Dele made up for his earlier miss by stabbing home to fire Spurs ahead in the 55th minute. He has been directly involved in 13 goals in 13 games for Spurs in all competitions (8 goals, 5 assists).

Just one minute later the home side had a penalty after Gabriel allegedly fouled Kane in the area. Kane converted the penalty into the bottom left corner with ease to double their lead. Game over. The England international has now scored six goals in five consecutive Premier League appearances against Arsenal.

Vertonghen had another chance to score but his curler, seemingly destined for the top right corner, was once again kept out by Cech.

Cech was without a doubt Arsenal’s best player. They would have been absolutely humiliated had it not been for his numerous save. That was the only positive from Arsenal’s point of view.

Spurs should have been ahead in the first half and they put that right in the second. Arsenal’s three game unbeaten run in all competitions came to an end at the hands of their rivals. Baring a major capitulation from Liverpool and the Manchester clubs, Arsenal will not be in the top four this season.

Arsene Wenger’s 50th North London Derby ended in defeat with his side barely troubling Spurs for the entire game. The Gunners are now six points off the top four.

The win for Spurs was about more than just bragging rights. They won the last North London Derby at White Hart Lane while ensuring they will finish above Arsenal for the first time since 1995.

Spurs have now won their last nine league games in a row and continue to chase Chelsea in the race for the title. Just four points seperate the two sides. The title race is not over just yet.