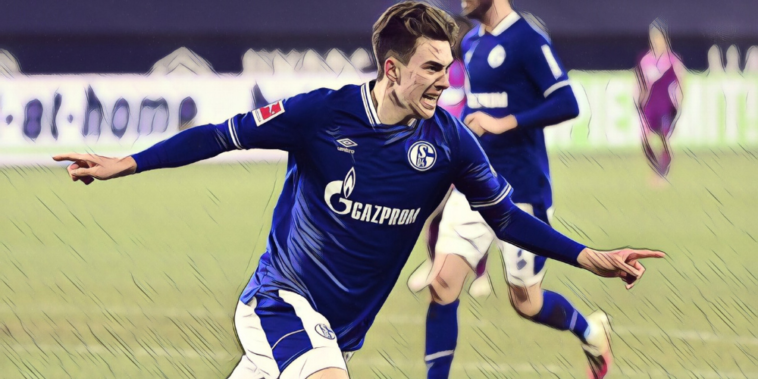 The American teenager was thrust into the action earlier this season with the Bundesliga side staring at a seemingly inevitable relegation, yet the forward has breathed new life into their survival bid.

While they remain on just nine points from their 21 games thus far, the emergence of Hoppe has at least provided a source of hope, netting five times in just nine league starts in his embryonic Schalke career thus far.

He may have only signed his first professional contract earlier this month, but the attacker looks to have already caught the eye of a number of Europe’s top clubs.

As per 90min, a host of top Premier League clubs are monitoring the player, with Liverpool, Manchester United, Manchester City and Tottenham all said to be ‘hugely impressed’ by the forward’s emergence.

Interest is also high from clubs in Spain and Italy, and there is a belief among the interested parties that they would be able to sign the player due to mounting financial difficulties at the German side.

The club have already let promising young stars such as Weston McKennie and Ozan Kabak go out on loan to Juventus and Liverpool respectively, with the hope that both will be signed on permanent deals at the end of the season.

The report suggested that the club were facing debts of more than £175m even before the economic impact of the current pandemic, with selling their top assets their only real chance of avoiding financial turmoil, particularly if they drop into the second tier.

Although they have no wish to let Hoppe leave in the near future, the reality is that they may have to cash in while his stock is still high.