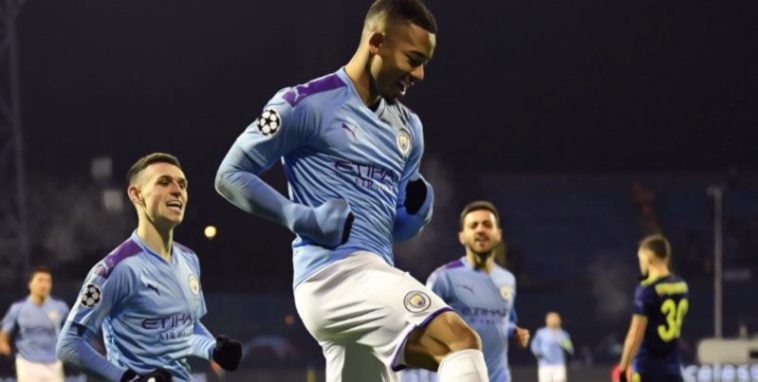 Well, that’s it for this season’s Champions League group stages, with all four of Premier League sides having successfully navigated their way into to the knock-out stages.

The final round of fixtures saw qualification hang in the balance for several sides, with some big names including last season’s semi-finalists Ajax having made a disappointing early exit.

We’ve decided to look at some of the stars to make a big impact in match-day six, here are five players who smashed it in the final round of Champions League group games…

Napoli booked their place in the last-16 following the final round of fixtures, comfortably dispatching bottom club Genk to secure their place as runners-up to Liverpool in Group E.

Key to their success was Polish international Milik, who fired a first-half hat-trick to earn the now managerless Serie A side their place in the next round.

It was Milik’s late chance which was saved by Liverpool’s Alisson as the Italian side were eliminated in the final round of last season’s group stage, the 25-year-old’s treble providing some redemption. The Partenopei will now take their place in the knock-out stages for the first time in three seasons.

Keita’s Liverpool career is yet to truly take off since his high-profile move from RB Leipzig in 2018, though his performances in the past two games have been a reminder of the quality he possesses.

The 24-year-old has endured an injury-hit career on Merseyside thus far, but having returned to full fitness was trusted by Jurgen Klopp from the start for the club’s crucial Champions League meeting with RB Salzburg.

A former Salzburg player, Keita would return to haunt the Austrian side in a must-not-lose game for the European champions, heading Liverpool ahead with his second goal in as many games.

Keita’s dynamism adds a different dimension to the Red’s midfield, and the Anfield Faithful will hope that he can continue his recent upturn in form ahead of a testing couple of months for the Premier League leaders.

2 games, 2 goals, 2 big performances from Naby. Against a former club, he didn't seem at all phased. Composure, vision, intent. pic.twitter.com/6bFql0ZJK0

The precocious talents of the teenager have been revealed to the world in the opening months of the new campaign, the Barcelona youngster becoming the club’s youngest ever goalscorer when netting against Osasuna earlier this season.

Another record would come tumbling this week for the recently turned 17-year-old, becoming the youngest goalscorer in Champions League history when netting the winner in the Catalan side’s win at Inter Milan.

Fati would enter the field as a late substitute and would make an immediate impact, firing home from just outside the box at the San Siro to write his name into the history books once again, his goal dumping the Serie A side into the Europa League.

Manchester City‘s qualification to the knock-out stages was already assured ahead of their trip to Croatia to face Dinamo Zagreb, though a heavily rotated side was keen to bounce back from last weekend’s Manchester derby defeat, and did so in comfortable style.

Leading the line in the absence of the injured Sergio Aguero, Brazil international Jesus would prove a more than able deputy once again, helping himself to a hat-trick to end the host’s hopes of advancing to the last-16 for the first time in their history.

The three finishes showcased Jesus at his finest, the 22-year-old displaying his ice-cold temperament inside the penalty area. City will now hope he can continue to fire as they look to recover from what has been an indifferent start to the season.

What a debut campaign it has proven to be at this level for the Italian side, with City’s win in Zagreb opening up the opportunity for Atalanta to come back from the brink and secure their place in the last-16.

The free-scoring Serie A side lost each of their first three fixtures in this seasons’ group stage, whilst they had just one point after four games and looked to be headed for an early exit.

Atalanta are the first team to ever progress from the Champions League group stages after losing their first three games 👊🥳 pic.twitter.com/TbylLdwBiA

However, back-to-back wins have seen the club qualify as runners-up, their 3-0 victory away to Shakhtar Donetsk sealing their place in next year’s knock-out stages.

Central to their success was captain ‘Papu’ Gomez, the forward providing a constant danger to the Ukrainian side and providing the assist for Timothy Castagne’s opener after a long VAR check.

The Argentine’s goal helped the club to beat Dinamo Zagreb last time out, and he was once again the heartbeat during their win against Shakhtar as the club now start to look forward to knock-out football for the first time in their history.