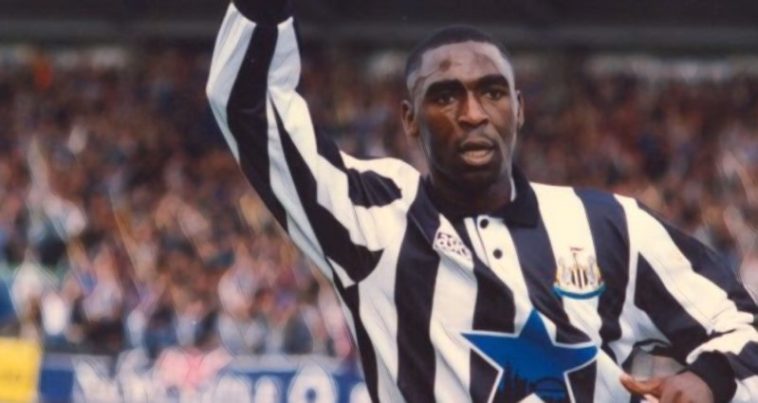 The suspension of elite level football is beginning to take its toll on the avid football fan, but with a lack of contemporary action to feast upon, what better time than to take a nostalgic trip down memory lane.

We’re rewinding back to the early days of the Premier League era, a time defined by great goalscorers, baggy shirts and the first wave of fancy foreign imports.

It is the former that is the subject of our focus for this particular feature, as we remember the five leading goalscorers from the Premier League’s second season – the 1993/94 campaign:

Arsenal bounced back from a disappointing top-flight season during the inaugural Premier League campaign to finish fourth in 1993/94, backed by the prolific goalscoring form of talismanic forward Ian Wright.

One of the division’s finest finishers throughout the nineties, Wright hit 23 goals during the second season of the newly-formed division – his equal best ever haul during the Premier League era.

Amongst his season highlights included a brilliant chipped effort at Swindon, whilst he also registered back-to-back hat-tricks against Ipswich and Southampton in March, becoming just the second player after Les Ferdinand to achieve the feat.

Wright finished the season with 35 goals in all competitions, Arsenal winning the UEFA Cup Winners’ Cup with victory over Italian side Parma in Copenhagen.

Sutton had featured regularly as Norwich surprised the footballing world by finishing third in the first ever Premier League season, though the young forward enjoyed a true breakthrough season on an individual basis the following campaign.

Despite the Canaries regressing and languishing in mid-table, Sutton enjoyed a prolific campaign at the top level and scored 25 league goals to finish as the joint third-highest scorer in the Premier League.

Sutton’s haul of goals was made up of six braces, including scoring doubles both home and away against financially backed Blackburn.

The Lancashire side were suitably impressed by the youngster’s talents and made him the most expensive English player in history at the end of the season, Sutton winning the Premier League and a Golden Boot award during a memorable five-year spell at Ewood Park.

The early seasons of the Premier League were perhaps peak Le Tissier, a player capable of ingenuity and one of the most celebrated showmen in the division’s history.

Le Tissier’s one-club career saw him establish himself as the greatest player in Southampton’s history, possessing a highlight reel few can match and almost single-handedly saving the club from relegation season upon season.

The 1993/94 season was one such campaign in which the Saints were reliant on the maverick talents of the Guernsey-born star, Le Tissier scoring 25 goals in a struggling side to maintain the club’s top-flight status.

The star’s haul included scoring eight goals as Southampton won three of the final six fixtures, clambering out of the relegation places to survive by just a single point.

The forward also scored two goals in a vital victory over title rivals Manchester United, though Rovers ultimately fell short in their pursuit of the championship, finishing six points adrift of Sir Alex Ferguson’s side.

Shearer also finished as runner-up for the Golden Boot, despite registering the first 30+ goal league campaign of his remarkable goalscoring career – the forward the Premier League’s all-time record goalscorer on 260 goals.

The winner of the 1993/94 Golden Boot was Newcastle‘s Andy Cole, the forward enjoying a record-breaking first season at Premier League level for the newly-promoted side.

Cole had fired Newcastle to promotion from the second tier after joining from Bristol City, before adapting seamlessly to life in the top-flight to inspire Kevin Keegan’s side to a surprise third-place finish – the joint highest in the history of the Premier League for a newly-promoted side.

Their third-placed finish saw Newcastle return to Europe, having not featured in continental competition since 1970, as Cole broke the club’s long-standing record for goals in a single campaign by netting 41 in all competitions.

No player has ever scored more goals in a single Premier League season, whilst Cole also finished as the leading assist provider in the division and was crowned as the PFA Young Player of the Year.

The forward later moved to Manchester United in a British transfer-record deal, winning five league titles and the Champions League during a hugely successful period at Old Trafford.