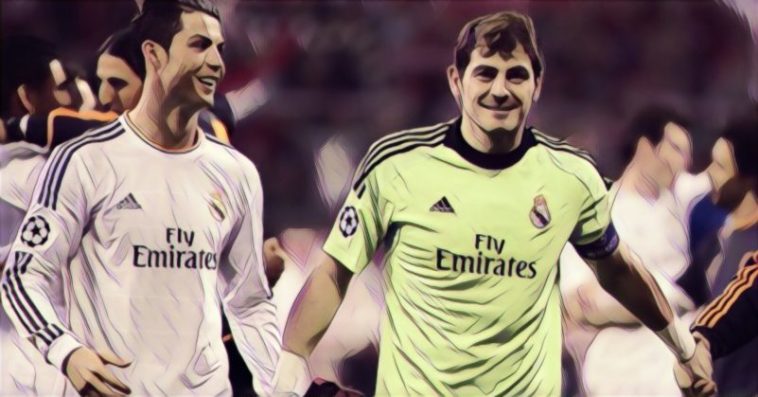 A one-club legend and a prolific trophy winner, Ryan Giggs was a fundamental part of the Manchester United side that dominated English football in the Sir Alex Ferguson era. He lifted the trophy twice, firstly as part of a historic treble in 1999, before later in Moscow in 2008 as United beat Chelsea in the first all-English final.

The Spanish striker later moved on to German side Schalke, where he continued to play European football, albeit without the same success. He finished his career with a total of 141 appearances and 71 goals.

A key component of Pep Guardiola’s all-conquering Barcelona side, Spanish midfielder Xavi won the competition four times during a glittering career at the Nou Camp. Alongside fellow La Masia graduate Andres Iniesta, the midfield duo helped define an era with their ‘tika-taka’ style of play. Now 38 and playing his football in Qatar, it is likely we have seen the last of Xavi in the Champions League.

The highest outfield player on this list and the tournament’s record goal-scorer with an incredible 117 goals, few players shine in the Champions League like Cristiano Ronaldo. He won the competition for the first time in 2008 with Manchester United, before adding four more titles with Real Madrid including three consecutively in 2016, 2017 and 2018.

Signed by Italian champions Juventus this summer in a stunning transfer, the Turin side will be hoping Ronaldo can lead them to a first Champions League title in 22 years.

A legend at the Bernabeu, ‘San Iker’ won the competition three times during a 16-year spell at Real Madrid. In 2000, he became the youngest goalkeeper to play in and win a Champions League final, just five days after his 19th birthday. He left Real in 2015 to join Portuguese side Porto, where he continues to feature in Europe’s premier competition. His record may be difficult to catch.