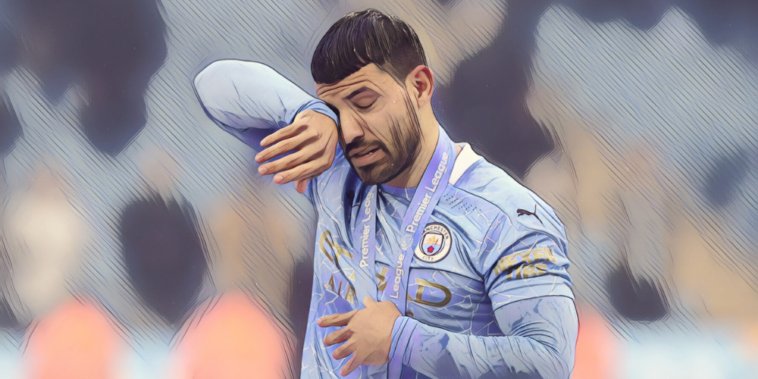 The summer transfer window is open with major changes expected once again across the Premier League, each of the division’s sides seeking reinforcements as they bid to improve on last season’s successes.

Already the league has seen the departures of several notable names, with a host of former Premier League winners having waved goodbye to English football during the window so far.

Here are five title winners who are leaving the Premier League this summer.

David Luiz has been an unmissable presence in the Premier League over the past decade, enjoying two spells with Chelsea in addition to a two-year stint with Arsenal.

Luiz leaves Arsenal this summer after his contract was not renewed by the north London side, despite holding talks with Mikel Arteta over a potential extension to his deal.

The 34-year-old first arrived into English football with Chelsea in 2011 and made 248 appearances for the Blues across his two stints at Stamford Bridge, either side of a spell with Paris Saint-Germain.

The Brazilian proved an important presence in Chelsea’s successes during that period, winning a Champions League and FA Cup double during his maiden season, as part of six major honours won with the club.

Luiz’s finest football arguably came following the arrival of Antonio Conte as he became a fixture in the centre of the Italian’s three-man backline, his composure in possession shining through as Chelsea were crowned Premier League champions in 2016/17.

Luiz has mixed a classy calm with calamity on occasion, but at his best the centre-back proved a crucial component of a Chelsea team that claimed several major trophies, before adding experience to a transitional Arsenal team during two seasons at the Emirates.

The headline name leaving the Premier League this summer, English football waves goodbye to one of its all-time greats following Sergio Aguero’s move to Barcelona on a free transfer.

Aguero leaves the Premier League as the highest-scoring overseas player in the division’s history, whilst no player has ever scored more hat-tricks, or perhaps had a greater defining moment than his last-gasp final day winner against Queens Park Rangers that secured Manchester City the title in 2011/12.

The Argentina international was one part of a brilliant spine – including Vincent Kompany, Yaya Toure and David Silva – that turned City into English football’s dominant force following their billionaire takeover.

Having scored a record 258 goals in all competitions for City – 184 of which came in the Premier League – and won five Premier League titles amongst 12 major honours, the league will undoubtedly be a poorer place for Aguero’s departure.

Aguero is also one of just two players to have scored 20+ league goals in five consecutive Premier League campaigns, whilst no player in Premier League history with 50+ goals can better his goals-to-minutes ratio (107.9 mins/goal).

City fans have enjoyed some incredible moments across the past decade and there are few players who have been as central to their success as Aguero, the ice-cold finisher who has left an indelible mark at the Etihad.

Whilst each of the aforementioned names are leaving the Premier League in the latter stages of their respective careers, Georginio Wijnaldum departs whilst still very much at the peak of his powers.

Wijnaldum’s failure to agree a new contract at Liverpool has seen the midfielder depart on a free transfer, signing for Paris Saint-Germain as part of the Parisian’s eye-catching summer of recruitment.

The Netherlands international has been a key component of Jurgen Klopp’s side in recent seasons, having arrived during the German’s first summer in a £25m deal from Newcastle.

Since then the 30-year-old has helped turn the Reds from top-four contenders into winners of major trophies, securing Champions League and Premier League success during his five-year spell at Anfield.

Wijnaldum made 51 appearances across all competitions for Liverpool in 2020/21 and his exit leaves a significant void in the club’s midfield, the Dutchman having been an understated and underrated part of the Reds’ successes in recent seasons.

Intelligent in his ball retention and willing to work relentlessly to regain possession and put out fires in the centre of the pitch, PSG have captured a fine asset as the Ligue 1 side rebuild for another tilt at the Champions League.

Wes Morgan captained Leicester throughout the greatest era in the club’s long history, his status as their first ever title-winning captain assuring his place in Foxes’ folklore.

Morgan represents the most unlikely of Premier League title-winning captains, having spent more than a decade of his early career in the lower tiers of English football, before playing his part in Leicester’s remarkable rise to the summit.

Morgan was named in the PFA Team of the Year during that incredible campaign after forming an excellent centre-back partnership with Robert Huth, scoring twice as the Foxes secured crucial results against Southampton and Manchester United during the run-in.

The Jamaica international made 323 appearances during a nine-year spell with Leicester, though has announced his retirement at the age of 37 after making just three Premier League appearances in 2020/21.

He made his final appearance as an 82nd-minute substitute during May’s FA Cup final win over Chelsea, as Leicester won the competition for the first time.

Victor Moses’ long, long and nomadic association with Chelsea has finally come to an end this summer, the Nigeria international leaving the west London side to sign for Spartak Moscow on a permanent deal.

Moses signed for Chelsea in 2012 but made just 87 league appearances across his nine-year period at Stamford Bridge, enjoying six separate loan spells at clubs as varied as Liverpool, West Ham, Fenerbahce and Inter Milan.

After several temporary stints away, Moses was handed his opportunity at Chelsea by Antonio Conte who utilised the winger in a more defensive role, the star shining as part of the Blues’ wing-back system as the club won the Premier League during the 2016/17 campaign.

Moses made 36 league appearances, scoring twice and providing three assists, in what proved his most productive season as a Chelsea player.

He remained a regular the following campaign as the FA Cup was won before falling out of favour following Conte’s exit, before reuniting with the Italian during his loan spell at Inter Milan in 2019/20.