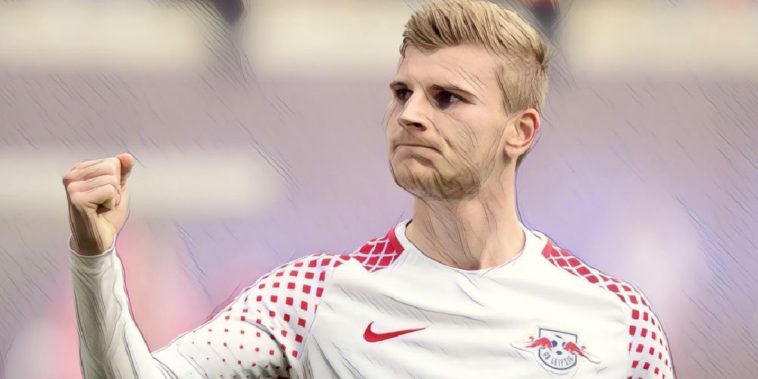 RB Leipzig striker Timo Werner has hailed the Premier League as the ‘most interesting’ in the world, with Chelsea, Liverpool and Manchester United all said to be keen on his signature.

The German international has attracted attention across Europe with 84 goals in 139 appearances for the Bundesliga leaders since he arrived from Stuttgart in 2016.

Werner has also netted 11 goals in 29 appearances for Die Mannschaft, despite failing to impress during their disappointing 2018 World Cup campaign.

With talk of a potential move to the Premier League in the summer, the striker admitted that he finds English top-flight ‘the most interesting league’, though also suggested a move to Spain could interest him.

“The Premier League is certainly the most interesting league, you have to say. There is a certain flair to watching the English league and playing there,” Werner told Bild.

“But many Germans have also been very successful in Spain, such as Sami Khedira and Mesut Ozil.”

As well as England and Spain, the 23-year-old has also been linked with a move to Bayern Munich. The German giants are well versed in signing players from their immediate rivals, having purchased the likes of Mats Hummels, Mario Gotze and Robert Lewandowski from Borussia Dortmund.

However, Leipzig have their own financial backing and currently sit two points clear at the top of the Bundesliga and four clear of third-placed Bayern as they look to win a maiden top-flight title.

“As of now, I have no desire to look for a move elsewhere,” he added.

The former Stuttgart man will return to action this weekend following the conclusion of the German winter break, when Julian Nagelsmann’s side host Union Berlin on Saturday.