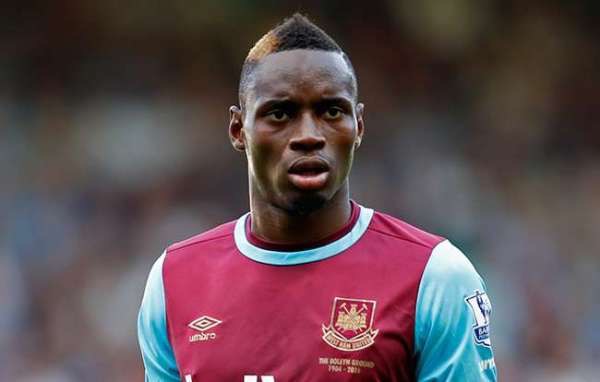 With the news that West Ham will be without Andy Carroll for Saturday’s match against Everton, it must surely be the right time for Slaven Bilic in reintroduce Diafra Sakho into the team.

The Hammers are, and have been all season, desperately short of an out-and-out goalscorer, and Sakho is the closest fit the squad currently has.

With Carroll and Michail Antonio both sidelined, West Ham’s attacking options to partner Andre Ayew are thin on the ground.

Other than Sakho, Bilic could pick Ashley Fletcher or Jonathan Calleri. However, neither of these two players has impressed during their brief appearances this season.

As a fan who will be attending the Everton game, I hope Sakho plays. He may just give us the attacking impetus to beat a team we’ve struggled against in recent years.

Sakho’s goalscoring statistics are not impressive when compared with my two personal favourites, Geoff Hurst and Frank McAvennie. For the record: 180 goals in 411 appearances and 49 in 153 respecitvely. But Sakho’s 16 goals during the last three seasons is not bad.

In his defence, during that time he has had a few injuries that have restricted his number of appearances.

This season he has only managed three games, but did score away to Manchester United in one of those.

Having been injured for most of the early part of the season, and then again at the beginning of this year, the news coming out of the club seems to indicate that Sakho is now fit and ready to play.

He was an unused substitute against Swansea two weeks ago, but strangely he was then omitted from the squad all together for last weekend’s trip to Sunderland.

Mystery seems to surround this omission. He was injured, is the official line, but no specific injury has been mentioned.

On the other hand, newspaper reports say Sakho had an argument with Bilic and refused to travel with the team. This has been refuted by the club, and in the end, we will probably never know the truth.

Saturday’s game is the ideal opportunity to play Sakho and I hope he can score and inspire a team that has sadly lacked attacking verve this season.

Carroll is more than likely to miss most of the last five games of this season, so using Sakho and getting him in the team sooner, rather than later, would be a good idea.

Sakho has a point to prove. Playing well and scoring a few goals would be good for him as well as the club.

He nearly left West Ham last summer, and if he does leave this year, some good performances would increase his potential transfer fee and alert possible suitors.

West Ham still need more points to make sure of Premier League survival. The Hammers currently sit in 13th position with 37 points. One more win would probably guarantee the club a place in the top division for next term.

However, Everton are a tough propostion and they have not been beaten at home by West Ham in the league since April 2007.

On that day, a single Bobby Zamora goal was enough to secure the three points. Something similar from Sakho on Saturday would be ideal.