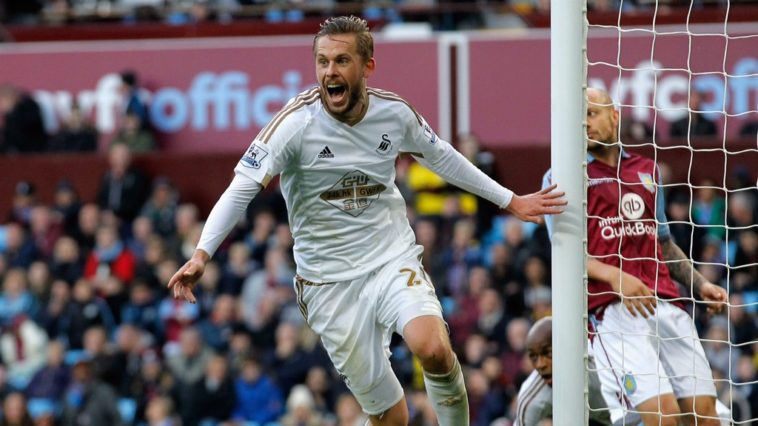 Leicester City were bought back down to Earth in the Premier League last season with a less than impressive domestic campaign. Here are three players that could propel Leicester back into Europe.

The previous feat of winning the title could not be matched but the Foxes were a force to be reckoned with in Europe, reaching the Champions League quarter finals.

Now Leicester have the chance to try and prove their European credentials once again.

Europe’s elite competition may be a stretch but the Europa League is most definitely in the sight of Leicester and their ambitious owners. With Harry Maguire already on board, here are three more realistic acquisitions that could lead to another continental adventure.

The East Midlands club have been linked with Man City’s Nigerian forward for a couple of weeks now, with rumours that the striker is set to sign soon. Iheanacho currently holds a Premier League record for the best goals-per-minute ratio of anyone who has played over 10 PL games. The Nigerian would link up with his compatriots Wilfred Ndidi and Ahmed Musa, at the King Power Stadium.

The young forward would also be a great link up for Jamie Vardy, with both possessing great pace. But Iheanacho is versatile as well. He is capable of playing behind the striker, taking up a similar role to that of Shinji Okazaki but can also play alongside the striker; a role which Islam Slimani has been deployed in.

Pep Guardiola has no issue with Iheanacho leaving at present but the Citizens are reportedly adamant that a buy-back clause must be inserted into any deal that sees Iheanacho leave the club.

The Foxes have been linked to a host of strikers including Troy Deeney and Gregoire Defrel but Iheanacho would be an incredible signing for them.

The Icelandic playmaker is thought to have caught the attention of both Everton and Leicester, but his current employees, Swansea, are thought to be demanding a fee in the region of £40m for their marquee man.

Leicester have been lacking a central creative attacking midfielder for a long long time now. Some fans thought wing wizard Riyad Mahrez could have adopted that role but he just does not have the physical attributes to do so. Sigurdsson does have those attributes and has proven so with Reading, Tottenham, Swansea, and on the international stage with Iceland.

Leicester almost signed the Portuguese international in the final hours of the transfer window last summer but they were only able to finalise a deal for his teammate Islam Slimani. It is unclear whether the Foxes have Silva on their radar once more but they really should.

In each of the last two seasons, Leicester have been one of the least possession based sides in the league, and although that remarkably one them the title, an inability to play with the ball last season almost cost them.

The addition of Harry Maguire is perhaps a sign that the Foxes may be changing their style with the ex Hull man labelled as a ball playing defender, the complete opposite of Wes Morgan and Robert Huth who have commanded Leicester’s back line for the last two-and-a-half seasons.

Silva is a man who likes to have the ball and play a simple pass but he can also control the tempo of a game, a trait that Leicester as a side haven’t been able to do so. It may not be Silva that is the man who will play this role but a ball playing central midfielder is vital if Leicester are to be successful this season.

One or two more versatile defensive reinforcements are also crucial and when Riyad Mahrez inevitably leaves, a winger should also be on the Foxes board shopping list.

If Leicester are to buy the players in necessary positions, there is no reason why they cannot mount another charge towards the Premier League’s elite.