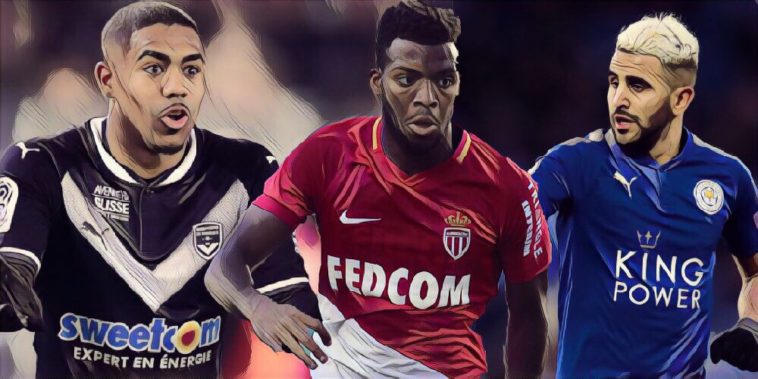 Alexis Sanchez’s Arsenal departure seems all but certain, with a move to Manchester United thought to be imminent. Here are three players that could replace the Chilean.

The 22-year-old was close to completing a move to the Emirates back in the summer after the Gunners had a British record £92m bid accepted on transfer deadline day. However with Lemar due to play for France that very evening, and the clock ticking down, he decided that he would not to be rushed into making a decision.

He scored 14 goals and provided 17 assists for Monaco last season, helping the club to the Ligue 1 title and the Champions League semi finals.

With half of the key players having been sold by Monaco in the summer, Lemar’s output has decreased significantly, getting just three goals and four assists this season,

Riyad Mahrez has been linked with Arsenal in almost every transfer window since Leicester’s infamous Premier League title win 18 months ago. He committed his future to the club that summer, but 12 months later, the Algerian handed in a transfer request, although there was very little firm interest after what had been a disappointing season last year.

The 2016 PFA Player of the Year has however come back to form with a bang, scoring eight goals and providing eight assists in all competitions this season.

He looks back to his best and would comfortably fit onto the Arsenal right, either behind the striker or as an out-and-out winger.

Not many had heard of the young Brazilian until a few weeks ago when the likes of Manchester United and Tottenham were linked with the Bordeaux winger.

However, its clear to see why Arsenal have reportedly joined the race to sign him. Playing out wide on the right and cutting in onto his left foot, the 20-year-old has scored 10 and grabbed three assists for the Ligue 1 side this season.

He would also represent good value for money and decent sell on value (not that Arsenal are particularly good at this), with all of his best years ahead of him.