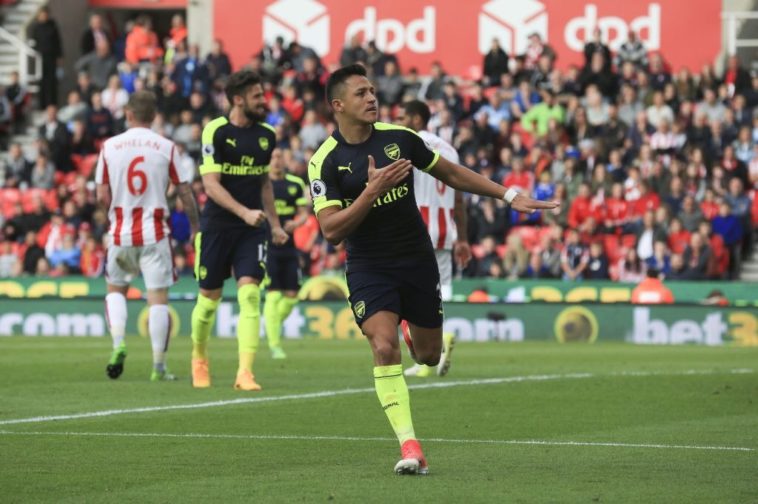 If Arsenal qualify for the Champions League, it won’t be down to luck or judgement, but the pure skill of Alexis Sanchez. Here are three key games that highlight his importance at Arsenal.

Alexis Sanchez has been one of Arsenal’s best players this season. The Gunners have been quite inconsistent which is why they find themselves hoping that Liverpool slip up on the final day of the season in order to secure a top four spot. If not, they will be playing the Europa League.

Sanchez was one of six players to be nominated for PFA Player of the Year 2017, an award that was won by N’Golo Kante. Some of Sanchez’s performances in recent weeks have been below his usual standard but he always give 100% effort and energy. Here are three games that show how much of an important player Alexis Sanchez is to Arsenal.

Arsenal were 1-0 up against Burnley but in the 93rd minute an Andre Gray penalty gave Burnley a late equaliser.

Just when it seemed like all hope was lost, Arsenal were also awarded a penalty, in the 98th minute. The Gunners were also down to 10 men after Granit Xhaka’s dismissal and Arsene Wenger was sent to the stands for protesting.

Up steps Sanchez who converted the penalty in the most dramatic way possible. Arsene Wenger’s side would have had to settle for a draw, especially as they were down to 10 men, but Sanchez made sure that Arsenal claimed all three points. Arsenal were in desperate need of a win and Sanchez delivered when everyone around him seemed to be losing their heads.

No game is easy in the Premier League and Hull were in fine form when they visited the Emirates in February. The Tigers had drawn with Manchester United and defeated Liverpool so there was every chance they could have got a point at the very least. Sanchez scored both goals as Arsenal claimed the three points but it was not without controversy.

Sanchez’s first goal came off his hand and found it’s way into the back of the net. The second was another injury-time penalty which Sanchez converted for his seventh goal against Hull in four games. Hull were very hard done by but once again it was Sanchez who made all the difference for Arsenal.

In a game against an already relegated Sunderland side, it was not unreasonable to expect Arsenal to win comfortably.

However, this was far from a comfortable win. Sunderland were very good at frustrating Arsenal for large periods of the game. Jordan Pickford was exceptional making 11 saves, more than he had in any other Premier League game.

Arsenal were heading for a draw before Mesut Ozil and Sanchez combined with the latter finishing from close range to break the deadlock. Sanchez then got his second goal nine minutes later. The Gunners had to win to keep their top four hopes alive and thanks to Sanchez’s goals, they are now one point behind fourth-placed Liverpool going into the final day of the season.

There is a big chance that Arsenal could miss out on the top four for the first time under Arsene Wenger. It is hard to imagine Alexis Sanchez staying at Arsenal if that is the case.

Sanchez has done more than enough to prove his worth for Arsenal and he wants and deserves to be playing at the highest level which is certainly not the Europa League.

Where does Sanchez rank amongst the Premier Leagues top player? Will he stay at Arsenal? If not, where will he go? Leave us a comment with your thoughts on the Chilean.