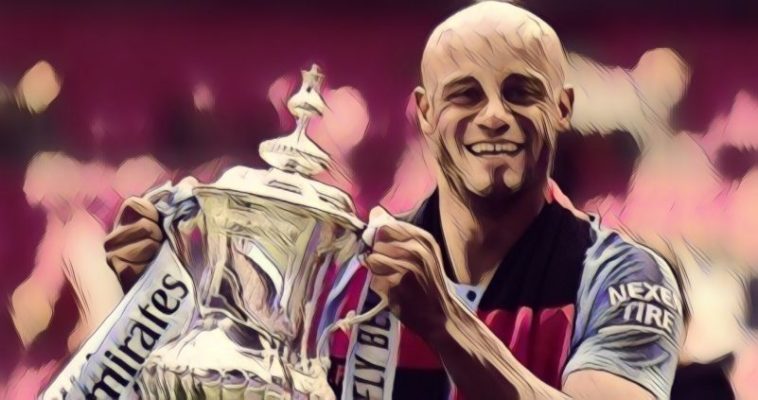 So Manchester City did it, they won The Treble. Or, at least a treble. On Saturday they captured the FA Cup following a kickaround in the park with a bunch of lads in yellow and black tops. Maybe next year they’ll face an actual challenge.

Kompany's facial expression to Deeney after celebrating Jesus' goal to make it 5-0 should be its own meme.https://t.co/EEmYISNOgR

On the other side of the city however, Man United have really fallen on hard times of late.

Pep is having none of your ignorance, mate.

This is how easy it is to help normalize and slowly remove bias from women’s soccer. 👏🏽 pic.twitter.com/KKBSRShaBt

Can’t wait for the Netflix documentary.

Southampton’s kit launch is a spoof of the Fyre Festival documentary and it’s the best thing ever 🤣🤣🤣
pic.twitter.com/CA55pZjgy7

Although that doesn’t lay a glove on this outrageously good video by the German national team ahead of the Fifa Women’s World Cup this summer.

There’s only one El Capitano.

You come at the 👑, you best not miss…
@Totti with the instant response! 🔥
https://t.co/wLvEQPw1aK

All the money in the world can’t buy you love.

The difference between a small team and a massive team. https://t.co/0SNdY7xZYr

The story Jon Walters will be telling until his dying day.

“I put a pig’s head in Matty Etherington’s locker.” 🐷

“Matty thought Whelan did it so put it in his locker.”

“But Matty put it in Kenwyne Jones’ locker by mistake.”

“Kenwyne thought Whelan did it so put a brick through his car window!” 😳

Match-going fans are now treating football as some sort of virtual reality experience they can actively engage in. This isn’t Tekken, lads.

Meanwhile in France, it was the referee who was lashing out at a player.

LMAAAAAAOOOOOO FAM.
Lemme give you a play-by-play breakdown:

A case of unfortunate word placement.

Not my proudest wank, it must be said pic.twitter.com/YaP7iKLzEL

Oh, is it that time of year again? Where we get to point and laugh at Leeds.

Oh, they got this all screwed up pic.twitter.com/laHIbMD5gs

Hardly a better payoff at the end of a clip than this.

One of my favourite videos 🤣🤝
pic.twitter.com/OWlED1Jk3h

And finally, a throwback to an iconic moment.