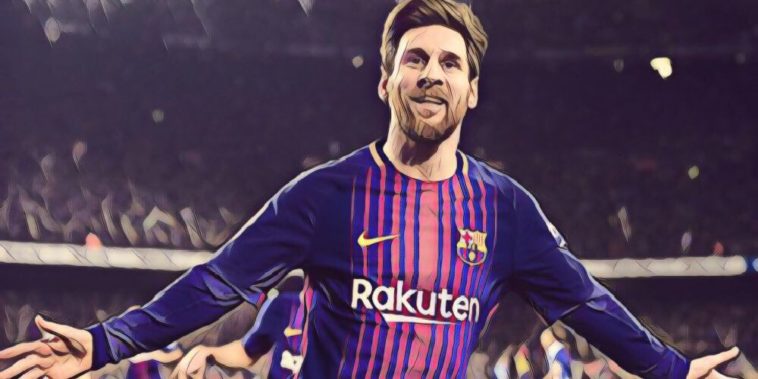 With their high level of skill, physical ability, charisma, and sheer talent, it’s no wonder that the most talented football players we know and love are some of the highest paid athletes in the world.

But who tops the list with the biggest earnings? Let’s take a look.

It’s no surprise that this multifaceted midfield player makes this top 5 list. Pogba, who of course plays for Manchester United and the French national team, boasts supreme levels of skill and physicality. But Pogba isn’t only killing the game on the field. This 25-year-old is bringing in just under $30 million a year, which includes the $25 million salary the young athlete makes plus $4.5 million in endorsements.

One of Pogba’s highest paying endorsements comes from Adidas, which he’ll continue to receive for the next 10 years. Pogba’s contract with Manchester United guarantees him a salary of at least $20 million for the next five years. Not many men under 30 have the skill, nor the bank account, that this young midfielder showcases.

Bale is another top player who impresses both on the field and with his earning potential. The 29-year-old winger brings in an impressive $35.4 million through endorsements and his long-term contract with Real Madrid. This powerful left-footed attacker hails from Wales and most recently stole the headlines when he scored an outrageous bicycle kick in the Champions League final, which saw his side lift the European Cup for the third successive time.

Like Pogba, Bale has endorsements with Adidas that last through 2020 and earns the athlete $6 million. His contract with Real Madrid will carry him through until June 2022.

Neymar is not just one of the most skilful attackers in the game right now, but he is also one of the most marketable. The Brazilian forward is the third highest paid football player in the world, raking in an impressive $90 million – $73 million coming from salary while the remaining millions are earned through Neymar’s endorsements with Nike, McDonald’s, and Red Bull.

The Nike brand is synonymous with athletics and Neymar was the first athlete to have his own, custom Air Jordan sneakers. In the summer of 2017, Neymar signed a five-year contract with Paris Saint-Germain, leaving Barcelona and making history once more as the most expensive Football Transfer ever – costing a staggering $222 million.

Some football fans may be shocked that the five-time Ballon d’Or winner and all time leading Champions League goalscorer isn’t number one on this list of highest paid players, but Cristiano Ronaldo comes in at a very close second. What’s even more impressive is that nearly half of Ronaldo’s $108 million earnings comes from endorsements. Ronaldo has a lifetime contract with Nike totalling $1 billion. This is in addition to the 33-year-old’s own C7 products which include shoes, children’s clothes, and fragrances. Other endorsements include EA sports and Herbalife.

For many years Ronaldo has been synonymous with Real Madrid. But the Portuguese forward shocked the footballing World by signing a four-year deal with the Italian club, Juventus following the 2018 World Cup. Ronaldo’s transfer fee came in around $130 million (112 million euros).

He’ll also be bringing in $140 million (120 euros) during his time there. But there’s no denying that this versatile athlete is well-worth the price tag, having scored a sensational 665 goals in his career so far. Although the impact of his move still isn’t clear, chances are, his 322 million social media followers will continue to follow, support, and adore Ronaldo no matter what jersey he wears.

Topping the list of the highest paid football players is none other than Lionel “Leo” Messi. This Argentinian superstar takes home $84 million in salary and earnings playing for Spanish giants Barcelona. But that income doesn’t include the $27 million in endorsements that Messi collects, making him the highest paid player in world football. His $111 million earnings also put him on the list as the second highest paid athlete in the world, right behind American boxer Floyd Mayweather, who is worth a whopping $285 million.

Messi is currently locked into a contract with FC Barcelona that will carry him through the 2020/21 season. His annual salary and bonus will never dip below $80 million. Similar to Ronaldo’s deal with Nike, Messi has a lifelong endorsement agreement with Adidas.

And if being the highest paid football player isn’t enough, Messi is scheduled to open his very own theme park in 2020! Fans will have to travel to Nanjing, China to visit the Messi Experience Park. But with the love and admiration that surround this legend, there’s no doubt his loyal fan base will follow him well into his future endeavours.

These five athletes are the highest paid in world football, but they’re also some of the most talented. Whether you agree with their earnings or not, there’s no denying their ability to win not only games but the support and admiration of fans across the world.