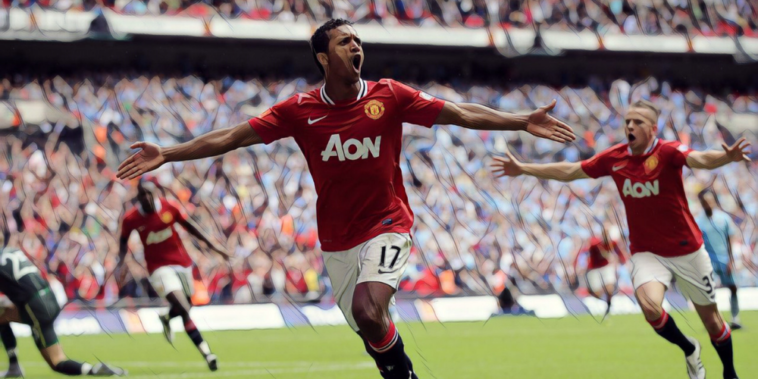 Manchester City take on Liverpool in the 2022 Community Shield this weekend, as the winners of last season’s Premier League and FA Cup go head-to-head at the King Power Stadium.

Whether your view is that the clash is a glamourised friendly or the first piece of silverware of the new season, the Community Shield often provides the perfect curtain-raiser ahead of the forthcoming league campaign.

Ahead of this weekend’s fixture, we look back at five of the most memorable Community Shield clashes.

The 1954 edition of the Shield saw Wolves take on West Brom in a Black Country derby clash, the former having finished narrowly above the Baggies to be crowned league champions the previous season.

West Brom had responded to their runners-up finish by beating Preston in the FA Cup final and the two Midlands rivals played out an enthralling clash at Molineux.

Wolves raced into a two-goal half-time lead through strikes from Roy Swinbourne and Norman Deeley, but Ronnie Allen’s quick-fire brace brought the sides level before the hour.

The home side rallied to restore their two-goal advantage in a gripping second half of action. Swinbourne’s second of the afternoon and a strike from Johnny Hancocks put Wolves within touching distance of the trophy.

Reg Ryan gave West Brom hope to make it 4-3, before Allen’s hat-trick goal ensured the Shield was shared for only the second time in its history.

The curtain-raiser for the inaugural Premier League season proved a classic contest, as Leeds and Liverpool exchanged seven goals in a pulsating clash at Wembley.

Eric Cantona was the star of the show for Howard Wilkinson’s Leeds, who following their league title success by adding the Charity Shield to their silverware collection.

Leeds twice took the lead through goals from Cantona and Tony Dorigo, but were pegged back following equalisers from Ian Rush and Dean Saunders for Liverpool.

Cantona proved the match-winner however after completing a first career hat-trick, first rifling in a low finish before capitalising on Bruce Grobbelaar’s mistake to head into an open goal and claim the match ball.

Gordon Strachan’s own goal in the dying seconds set up a nervy finish, but Leeds held on to claim the trophy.

Newcastle’s capitulation during the 1995/96 league season saw Manchester United claw back a 12-point deficit to be crowned champions, with the Red Devils completing a domestic double with FA Cup success.

The Magpies took their place in the Charity Shield as Premier League runners-up, but the hangover from their dramatic title collapse continued as Kevin Keegan’s side were thrashed at Wembley.

Eric Cantona rolled in an opener for the league champions, before Nicky Butt’s brilliant diving header doubled the advantage.

FORGOTTEN GOAL: A young David Beckham, all baggy shirt and Brylcreem, in the 1996 Charity Shield. pic.twitter.com/fz062gqdrn

David Beckham raced away to lift a wonderful finish over goalkeeper Pavel Srníček and the Red Devils dominance was emphasised as Roy Keane blasted home a fourth following a short free-kick routine.

Liverpool and Chelsea shared an intense rivalry throughout the mid-2000s, with the Reds often appearing to have an edge over the west Londoners in cup competition despite the latter’s dominance in the Premier League.

Rafael Benitez’s side had eliminated Chelsea from the semi-finals of the Champions League and FA Cup on their way to winning both trophies over the previous two seasons, before securing Community Shield success at the Millennium Stadium in Cardiff.

John Arne Riise opened the scoring with one of the great Community Shield strikes, surging from inside his own half before rifling a left-footed effort into the bottom corner from distance.

Andriy Shevchenko – signed in a British transfer record deal from AC Milan during the summer – equalised on his Chelsea debut, but Peter Crouch’s back-post header sealed the trophy for Liverpool 10 minutes from time.

Manchester City had signalled their arrival as a contender for English football’s major prizes after winning the 2011 FA Cup, beating arch-rivals Manchester United in the semi-finals on their way to a first piece of silverware in 35 years.

The two teams met once again in that year’s Community Shield, with the Red Devils staging a dramatic comeback against their ‘noisy neighbours’ from the Etihad.

Joleon Lescott had headed City into the lead against the run of play after meeting David Silva’s free-kick, before Edin Dzeko’s low drive squirmed under debutant David de Gea to double the Citizen’s advantage.

Chris Smalling reduced the arrears seven minutes into the second half, before a fine free-flowing team move resulted in Nani bursting into the box to level with a delicate chip.

As penalties loomed with the game well into stoppage-time, Nani capitalised on hesitation from Vincent Kompany and Yaya Toure to race away and score a second to snatch the trophy for United.