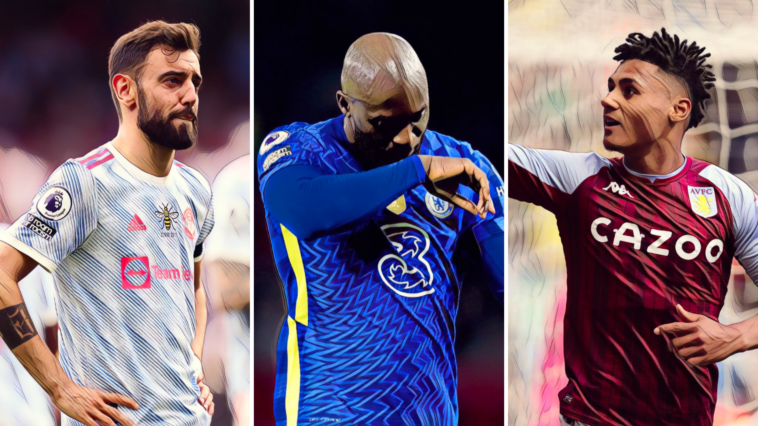 Much can happen over the course of a Premier League season and making predictions can often be a thankless task, but each season The Football Faithful writers make bold statements on how we see events unfolding.

This season has had no shortage of shocks and surprises and as the 2022/22 campaign reaches its conclusion, we’ve decided to look back on the very best and worst of our pre-season predictions.

Here are a selection of some truly accurate and inaccurate forecasts submitted by our writers before a ball had been kicked this season.

Hindsight can be a truly wonderful thing.

Bryan Gil was backed as the Premier League’s biggest transfer flop and it’s fair to say the summer signing was among the most forgettable deals of the season.

Tottenham invested £21.6m to sign the winger from Sevilla, whilst also allowing Erik Lamela to move in the opposite direction in part-exchange.

The 21-year-old struggled to make any form of impression and was handed just 86 minutes across nine substitute appearances, struggling to adapt to the demands of English football before returning to Spain on loan in January.

Gil has time on his side to bounce back, but the subsequent signing of Dejan Kulusevski means his future remains up in the air.

After a runners-up finish the previous season, each of our writers backed Manchester United to finish inside the Premier League’s top four in 2021/22.

The signings of Cristiano Ronaldo and Raphael Varane only enhanced those predictions, but what followed was the most disappointing Premier League campaign in the Red Devils’ history.

A season to forget for Manchester United:

United could only muster a sixth-place finish after a record-low points total in the Premier League era, conceding a high of 57 league goals across that same period and ending without a positive goal difference for the first time since 1989/90.

Erik ten Hag will take the reins this summer, a position which has appeared a poisoned chalice for much of the past decade.

Pierre-Emerick Aubameyang’s dip in form after signing a new deal at Arsenal made him a pick for the biggest fall from grace and it’s fair to say the forward’s career with the club ended in dismal fashion.

The Gabon international was stripped of the captaincy after a disciplinary issue in December, before being allowed to leave on a free transfer in January after scoring just four league goals over the first half of the season.

The 32-year-old has since been reborn in Barcelona mind, scoring 11 goals in 13 league starts.

Bruno Fernandes’ extraordinary performances for Manchester United since arriving into English football saw him backed by some of our writers for the Player of the Season accolades.

Fernandes broke Frank Lampard’s record for goals in a season from midfield with 28 goals in all competitions the previous season, but his output dropped significantly during a miserable season for the Red Devils.

Season over and none of our goals was accomplished. I know that individually and collectively it was not at the level that we should be. pic.twitter.com/bbVPaC8eV9

The Portugal international surrendered his main man status to Cristiano Ronaldo at Old Trafford and often cut a frustrated figure, looking a shadow of the player who had starred since signing from Sporting Lisbon.

Almost half of the Premier League clubs changed their managers during the 2021/22 season, with Watford perhaps a predictable choice given the carousel of coaches at Vicarage Road.

Xisco Munoz was dismissed just seven games into the new campaign with the club sitting in 15th position. The Hornets ended the campaign 19th and will spend next season in the Championship, after going through experienced options in Claudio Ranieri and Roy Hodgson.

The club most likely to spring a surprise in the table – Aston Villa (Harry Diamond, Peter Henry, Ben Guest)

Aston Villa’s pre-season business was deemed shrewd last summer, after the club invested the £100m received from Jack Grealish in a trio of exciting talents.

Emiliano Buendia had starred during Norwich’s promotion campaign and had the capacity to fill the creative void, whilst Danny Ings has been a regular and reliable goalscorer at Premier League level.

The third addition, Leon Bailey, had been courted by leading Premier League clubs in the past and Villa were viewed as a side who could overachieve.

As it happened, Villa dropped from 11th to 14th and earned 10 less points than the previous season, with Dean Smith sacked and replaced with Steven Gerrard.

One writer successfully picked the three clubs set for the drop, with Burnley, Watford and Norwich relegated to the Championship.

Both Norwich and Watford failed to learn lessons from pervious Premier League ventures, whilst Burnley’s lack of investment eventually caught up with the Clarets whose sacking of Sean Dyche failed to address their slide into the second tier.

Lukaku boasted a fine record in the Premier League and had starred during Inter Milan’s title success the previous season, whilst he arrived at a Chelsea team recently crowned European champions.

The Belgium international proved an awkward fit however, scoring just eight league goals for the campaign as Chelsea finished a distant third behind Manchester City and Liverpool.

It was Lukaku’s lowest league total since the 2011/12 season as a teenager, as he finished a huge 15 goals behind Golden Boot winners Mohamed Salah and Son Heung-Min.

Take a full look (and laugh) at our 2021/22 pre-season predictions, and we’ll be back again next season with our often malfunctioning crystal balls!