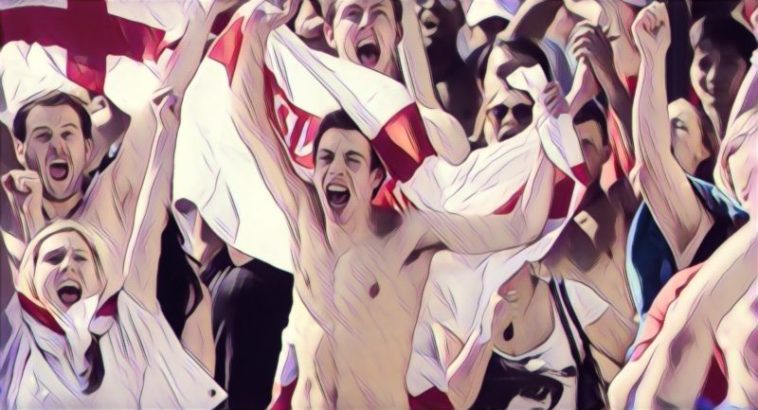 Even though England has won the World Cup only once and the achievement happened over half a century ago, the football players of the country are still among the most beloved in the world.

However, nobody expected any miracles from the current English national team and their presence in Russia. Before the World Cup began, the odds of England winning were 14/1. Now, the odds are 9/4 on BetVictor which many people will be putting a great deal of money on.

The 21stFIFA World Cup is the first one of the big men’s tournaments to be held in Eastern Europe, and so far, it has been full of surprises.

At the beginning of the biggest football event of the year, many favoured the idea of Germany or Brazil winning the championship. Other favourites included France, Spain, and Argentina.

But all of a sudden, most of the popular theories were shattered to pieces when Germany was eliminated early at the initial group stage and was followed by other popular teams like Argentina, Brazil, Portugal, and Spain. Everyone was surprised to see England and Croatia qualifying for the semi-finals.

Among the surprises was the performance of one of the Brazilian stars, Neymar, who came in the spotlight not for his outstanding play, but for his regular dives and pretending to be hurt a lot. His style of play must have surprised many betters who were relying on him scoring for Brazil.

Nobody expected to say goodbye to legendary players like Cristiano Ronaldo and Lionel Messi and instead greeting Harry Kane or Rumelu Lukaku on the field.

What could be concluded from the matches we’ve seen so far is that the most adequate strategy for this year’s championship has been to choose younger players instead of older, skilled ones. It cannot be denied that players on the English team are quite younger, while Portugal and Argentina were counting mainly on players in their 30’s.

With the previous history of the performance of the English in most recent World Cups, the presence of England on the field was viewed as a temporary situation. Nobody dared to even imagine the “Three Lions” as an eventual champion, especially after what happened in Brazil back in the recent past.

Hopes were high for the eventual performance of the English team in the World Cup that was held in Brazil. The team qualified for the tournament after facing no difficulties in the qualification stage against nations like Montenegro, Poland, Moldova and San Marino.

The English went on in the World Cup, winning 6 of their qualification matches and ending the 4 other clashes in a tie. After the great start, many were convinced that the team would do well in the upcoming matches and fans were looking positively towards the English national team.

Unfortunately, it turned out England was drawn in the same group as Uruguay and Italy, as well as Costa Rica. The case of three former World Champions finding themselves in the same group has never happened before and this stage proved to be very challenging for the English players.

What happened next is that the team lost to both Italy and Uruguay and didn’t even manage to score against Costa Rica in their final match before walking out of the tournament. This was a hard moment for English football as it was the worst performance ever during a World Cup.

This year’s World Cup is the first one since 1990that has seen the English national team reaching the semi-finals stage. England first started with its winning spree in the qualification for the big tournament, beating its opponents from Group F: Slovakia, Slovenia, Scotland, Lithuania and Malta.

Even though the English team suffered an unexpected changing of managers with Sam Allardyce leaving his position after only one match, they still managed to go through the qualifications stage as the true winners of their group. Under the management of Allardyce’s replacement – Gareth Southgate – the English were victorious in 8 matches out of 10.

During the group stage, England finished second in their group, just behind Belgium. Nevertheless, the team still made history later with their epic battle against Colombia in the round 16. It was the first match with penalties in a World Cup that England has ever won. Afterwards, the English achieved victory in the quarter-final match against Sweden, with goals from Harry Maguire and Dele Alli.

Now that the tables in the championship have turned and the semi-finals are approaching, the main favourites for the second and first place are France and England.

According to current predictions, it is expected that France will dominate over Belgium, and England will achieve victory in the match against Croatia. It is believed that the French can come up with more surprising tactics than Brazil against the attacks of the Belgian team.

The main reason why betters are in favour of England winning against Croatia is because the English team endured a relatively calm match against Sweden with their 2-0 victory, while the Croatians had to go through a lengthy match with penalties against the host of the tournament Russia. Even though Croatia was victorious, their players are surely tired after the exhausting game. As a consequence, betting sites have been exploding with activity recently, and that only seems to be the tip of the iceberg.

Atmosphere in the English Camp

After the winning series of the English team, it seems that everyone has forgotten the disappointment from the previous World Championship that took place in Brazil. Now, instead of just hoping for a decent play and avoiding embarrassment on the football field, fans can even realistically dream of England taking first place in Moscow.

The excitement about the possibility of the English team winning the tournament is growing steadily and just like during the European Championship in 1996, the song “Three Lions” can be heard being sung in the streets. It seems that England fans have reintroduced the former football anthem that was especially popular 22 years ago.

The original “Three Lions” song was released back in 1996 to honour the fact that England was hosting the European Championship. During the championship, the single peaked as the most popular song in the English musical charts.

Furthermore, the popular hashtag #ItsComingHome is taking over social media, with the “It” clearly referring to the trophy of the tournament.

Meanwhile, even though English fans are celebrating in England and Russia, for the time being, the atmosphere remains relatively calm and no major incidents have happened. According to authorities monitoring the peace in the two countries, there isn’t much violence between supporters of the opposing teams. Some minor incidents have been reported from the Russian side, but nothing beyond what should be expected during an event like this.

Now all that’s left to do is sit and wait to see if the English will defend their honour in the upcoming clash in the semi-final against Croatia. The match will take place on July 11 and will mark the first time the two teams have faced each other in nearly a decade. England has managed to beat the Croatians in three out of their five last meetings, so the odds are with the English team.

However, as everyone knows, football is one quite unpredictable game, so everything can be expected in the upcoming matches. As seen from the beginning, this year’s World Cup is one of the most unusual ones in the history of the sport.