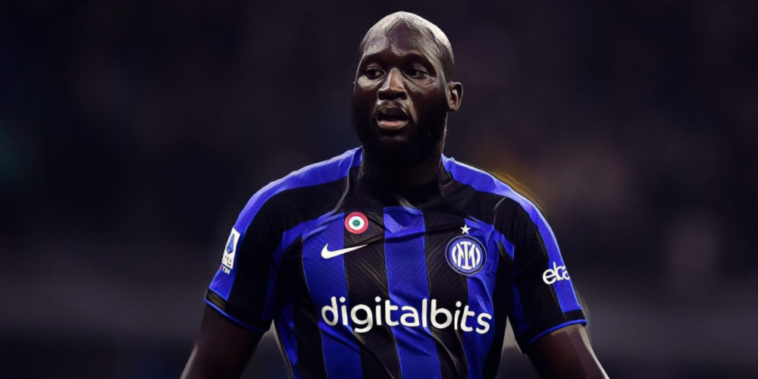 Chelsea recently confirmed the signing of Joao Felix on loan from Atletico Madrid, with the Spanish side prepared to let their club-record signing depart for the Premier League.

It’s an indication of Felix’s struggle for status at Atletico that he has been allowed to leave on loan, signing a six-month deal with the Premier League side to add to Graham Potter’s options in the final third.

Felix cost Atletico a huge £113m when he arrived from Benfica in 2019, but the forward is not the only record purchase to leave on loan this season after failing to make the expected impact.

Here are four club-record signings currently out on loan.

We’ll start with Felix, who this week was paraded as a Chelsea player.

Atletico Madrid’s £113m deal for Felix stunned world football three-and-a-half years ago, as the Spanish side smashed their transfer record to sign the starlet from Benfica. Felix had spent just one season in the first team at Benfica, but a return of 20 goals during the club’s title-winning campaign persuaded Atletico to break the bank for his signature.

It’s been an underwhelming period for Felix since, whose free-spirited brand of football has appeared at odds with Diego Simeone’s demands.

'I want to play with happiness' – Joao Felix. 💬 pic.twitter.com/oIlOnbmvVt

Felix hinted at a desire to have more freedom during his first interview at Chelsea, detailing how he wanted to bring ‘fun’ to the club’s supporters.

“I’ll bring my football, my happiness on the game, and give a lot of fun to the fans,” the 23-year-old said.

“I don’t like to speak about me, but I would say I’m a player that wants to have the ball and play with happiness. I want to make all the fans enjoy my football and to help the team.”

Graham Potter will hope Felix’s arrival can spark life into Chelsea’s season, with the west Londoners having won just once in eight games. The Blues are the lowest scorers in the Premier League’s top ten and it will be hoped that Felix can inject invention into a struggling side.

“He’s a quality player,” Potter said at his press conference ahead of Chelsea’s clash with Fulham.

“He can make a difference in the final third of the pitch. He’s young but has still had a lot of really good experience. He’s just a quality player that gives everyone a lift.”

A red card on debut in defeat to Fulham – set to be followed with a three-game suspension – was not the start either Potter or Felix would have wanted.

Chelsea sanctioned a £97.5m deal to sign Lukaku from Inter Milan in 2021, after the forward had scored 64 goals in 95 appearances across two seasons at the San Siro. Lukaku had a previous spell at Chelsea as a teenager, but failed to make an impact before departing in search of regular first-team football.

Almost 200 club goals later, Chelsea brought the Belgian back to the club. It proved a miserable reunion however, as Lukaku struggled after an initial bright start.

A controversial interview with Italian media, in which he complained about his role and discussed a desire to ‘one day’ return to Inter Milan, did the forward little favours and he scored just eight league goals – his lowest total since leaving Chelsea in 2014.

Following a disappointing debut season, he was allowed to return to Inter Milan on loan last summer. The Serie A side paid a loan fee of €8m with add-ons, though no option to make the move permanent was included.

Things have gone from bad to worse for Lukaku since his return to Inter, for who he has scored just two goals in seven games during an injury-ravaged season.

😬 Romelu Lukaku is averaging an unsuccessful touch every 24.8 minutes in Serie A this season

🥴 He is averaging a shot every 43.4 minutes in comparison pic.twitter.com/gOAcMjTqVW

A poor performance against Croatia – in which he missed four clear-cut chances – saw Belgium crash out of the World Cup in the group stage and he has failed to rediscover his form since returning to club action. Inter legend Beppe Bergomi recently slammed Lukaku after a disappointing display against Monza.

“When Lukaku came on against Monza, he was simply embarrassing,” Bergomi told Sky Sports Italia.

“He couldn’t keep the ball, he seemed scared of it. I don’t know at this point if it is just a matter of his physical condition or his mental state too. It feels like he is carrying with him what happened at the World Cup.”

Tottenham appeared to have pulled off a coup after securing the signing of Tanguy Ndombele, with Europe’s top clubs having tracked the midfielder at Lyon.

The north London side spent a fee of £55m to sign Ndombele, who announced his arrival with a brilliant goal on debut. That was as good as it got for the Frenchman however, who struggled to win favour with a succession of managers at Spurs.

Despite flashes of his talent, Mauricio Pochettino, Jose Mourinho, Ryan Mason, Nuno Espírito Santo and Antonio Conte all failed to bring the best from Ndombele, whose work-rate and fitness were often questioned during his time at the club.

He started just three games following Conte’s arrival as manager in November 2021 and spent the second half of last season on loan at former club Lyon, before departing for Napoli on a season-long arrangement in 2022/23.

The 26-year-old has made 20 appearances in all competitions for the Italian league leaders this season, but just eight have come from the start. It remains to be seen whether Napoli trigger the option to make the deal permanent.

Nicolas Pepe is another club-record arrival who failed to live up to his potential in the Premier League.

Arsenal spent £72m to sign the winger from Lille, after a brilliant season with the French side that saw Pepe score 22 goals and provide a further 11 assists during the 2018/19 Ligue 1 campaign. Only Kylian Mbappe outscored the Ivorian, who became Arsenal’s record signing that summer.

Pepe’s best in an Arsenal shirt came in fits and starts. An underwhelming debut season was followed with improvement in 2020/21, as he scored 16 goals in all competitions.

A purple patch towards the end of that campaign and a series of impressive performances in Europe raised expectations that Pepe could prove a success, but it proved a false dawn at the Emirates.

The winger’s inconsistent performances, coupled with the emergence of Bukayo Saka, saw Pepe struggle to win favour under Mikel Arteta.

He returned to France to sign for Nice on loan this season, where he was joined with a number of ex-Premier League names as Kasper Schmeichel, Ross Barkley, Aaron Ramsey and Joe Bryan all arrived in the same transfer window. Pepe has scored six goals in 13 league starts since returning to Ligue 1.