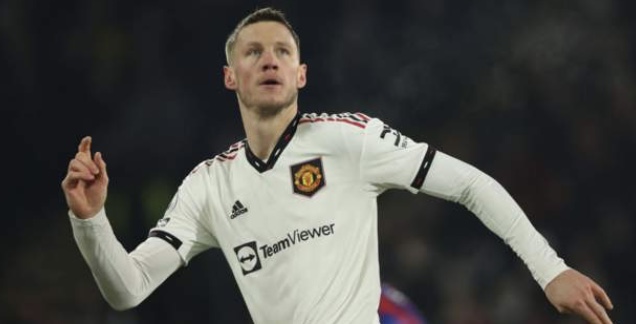 While Manchester United certainly dominated possession for most of the first half and looked the more likely to score they struggled to create any real clear-cut chances. A lobbed effort from Brazilian winger Antony and a tame header from new signing Wout Weghorst was the best Erik Ten Hag’s side could muster.

Then, very much against the run of play, Crystal Palace almost took the lead five minutes before the break when Odsonne Eduoard forced David de Gea into a superb finger-tip save with a powerful effort from the edge of the area.

That effort from Eduoard seemed to shock United into action and they would take the lead through their skipper Bruno Fernandes in the 43rd minute. Marcus Rashford played in Christian Eriksen down the left and when the Danish playmaker cut it back to his fellow midfielder, Bruno took a touch before clinically firing a curling effort into the right-hand corner of the goal.

The second period took a familiar pattern with United dominating the ball but struggling to penetrate the Palace backline. On 70 minutes the Red Devils seemed to have a decent shout for a penalty when substitute Scott McTominay was taken down in the area by American centre-back Chris Richards, although VAR decided no foul took place.

De Gea would then have to be at his very best once again on 75 minutes when he showed brilliant reflexes to stop a Marc Guehi header with a one-handed save.

Man United fans around the globe were then left holding their head in their hands when influential midfielder Casemiro was shown a deserved yellow card for taking down Wilfried Zaha, meaning the former Real Madrid man will be suspended for Sunday’s away trip to Premier League leaders Arsenal.

Things would get even worse for the Old Trafford outfit in injury time when Palace attacker Michael Olise curled a worldie of a free kick into the top corner from 25 yards to hand Palace a point and bring an end to Ten Hag’s side’s much-publicised winning run.

But was it a huge opportunity missed to leapfrog Man City? 🤔

They are now level on points with their city rivals 📊#BBCFootball #CRYMUN pic.twitter.com/mprjdYT9IU

Speaking afterwards United boss Ten Hag was clearly unhappy his side did not push hard enough for a second goal that would have killed the game off.

“I think we controlled the game and scored a good goal. I wouldn’t say a top, top performance but it was OK,” Ten Hag told Sky Sports.

“We had control of the game. We had to invest more in the second. At 2-0 it would be over.

“If you concede a goal one or two minutes before it’s difficult to react although we had a chance with Casemiro.

“We have to take the lesson and invest more for the second goal.”