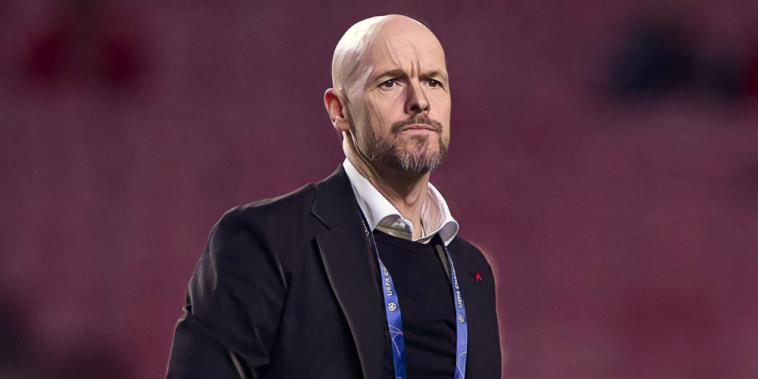 Erik ten Hag is said to be Manchester United’s ‘preferred’ candidate to become the club’s next permanent manager.

Ten Hag is one of several names on the Red Devils’ shortlist as the Premier League side look to make an appointment ahead of next season.

The 52-year-old has won admirers for his work with Ajax in recent seasons and has twice won the Eredivise title with the Dutch side, whilst his pedigree in winning silverware, faith in young talent, and experience working under a structured hierarchy have made him a leading candidate.

United have also been impressed with his rebuilding of the side that reached the 2018/19 Champions League semi-finals, following the sales of key personnel, and longevity in Amsterdam also appeal.

Manchester Evening News are reporting that Ten Hag is now the club’s preferred candidate and negotiations could be accelerated following Ajax’s elimination from the Champions League this week.

Mauricio Pochettino also remains a frontrunner, whilst the Red Devils are monitoring off-field developments at Chelsea ahead of a potential move for Thomas Tuchel.

Spain manager Luis Enrique and Sevilla boss Julen Lopetegui are the other names on a five-man shortlist.

Enrique’s experience in coaching Barcelona to success and desire to work in the Premier League make him a favourable option, but a deal would be unlikely before the 2022 World Cup which begins in November.