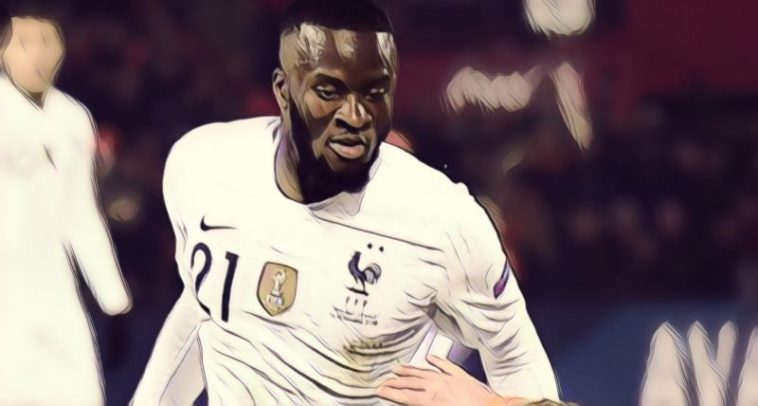 It seems like nowadays that there is an endless conveyor belt of talent coming from France. The current world champions have an abundance of talent at their disposal and Spurs new signing Tanguy Ndombele is yet another Frenchman who is making waves in European Football.

The lily whites recently broke their transfer record for the 22-year-old, but how good is Ndombele? The French star began to attract attention following his move from Amiens to Lyon in 2017. It was in his second season in which Ndombele showed Europe what he is capable of. Here’s a look at what the France international will bring to the Tottenham Hotspurs Stadium.

A major aspect of the midfielder’s game is his progressive nature. In the centre of midfield it is easy to pass from side to side, however, in the case of Ndombele, he is always looking forward. Whether it be a pass into the forward players or a dribble past a few opponents, the Frenchman really drives his team forward.

Ndombele shows his class against Nantes. He takes the ball under control in the centre of the field. Instead of playing the easy pass, the Frenchman drives past three players, which moves his side up the pitch and into an attacking area.

With an average of two fouls against him in the league last season, Ndombele could be the key to helping Spurs win their first trophy under Pochettino. In the Champions League final against Liverpool, it was fairly evident that the Spurs midfield could not withstand the Reds pressing game. With Ndombele in the side, it seems as though they may have solved that problem.

Keeping the ball is a key feature of today’s game. With a passing success rate of 89% in Ligue 1 last season, Ndombele is certainly one who does not waste possession. Comparing his passing success rate to the 91% of Harry Winks, it seems as though Ndombele will fit in perfectly in the heart of the Spurs midfield.

With either a four or a three at the back, Spurs for the majority of the time play two in the middle of the park. As shown below, Ndombele is a player who is not either a defensive or an attacking midfielder. The Frenchman is clearly more of an all-round central midfielder.

Fellow Frenchman Mousa Sissoko has been doing this role for Spurs in the past two years. Now with the signing of Ndombele, it could mean the much improved Sissoko will be playing second fiddle to his fellow countryman.

As previously mentioned, Ndombele is a very forward-thinking player. Creating goalscoring opportunities is a very important trait to have as a midfielder. The Frenchman has an eye for a key pass, this is demonstrated with the seven assists he recorded in Ligue 1 last season.

68% – Tanguy Ndombele completed 63 of the 92 dribbles he attempted in Ligue 1 last season, resulting in a 68% success rate – this is the highest success rate of any player in Europe's top five league last season to attempt as many dribbles. Sixpence. pic.twitter.com/LbPDYvwmiO

Aside from Christian Eriksen, assists from the midfield position were hard to come by for Spurs last season. With regulars such as Moussa Sissoko, Harry Winks, and Dele Alli only registering a combination of just six assists in total, Ndombele will certainly add a bit extra to the lily whites next season.

Pace off the Ball

Intercepting the ball and reading the game is a key skill for a central midfielder. In the case of Ndombele, it is a case of a wise head on young shoulders. The Frenchman’s ability to read the game and anticipate the next pass is impressive. His pace allows him to quickly close down and retrieve the ball. And as mentioned earlier, after winning the ball back he can spot a pass and get his team into dangerous positions.

A midfielder who is adept in playing in both a defensive and attacking style, don’t expect the Frenchman to be smashing in the goals next year. With only one goal last season and a shot per game ratio of just under one, the midfielder is not what you would call a goal threat. Despite this, Ndombele will now be working under one of the best manager’s in the game. Renowned for improving his players, Pochettino could be the one to help Ndombele find his scoring boots.

Overall, the new Spurs signing has a promising future ahead of him. A powerful midfielder who is able to carry the ball and move his team forward, it seems as though the North London club have found themselves a real player. At the tender age of 22, Ndombele still has a lot of room for improvement in a game which is already very impressive.