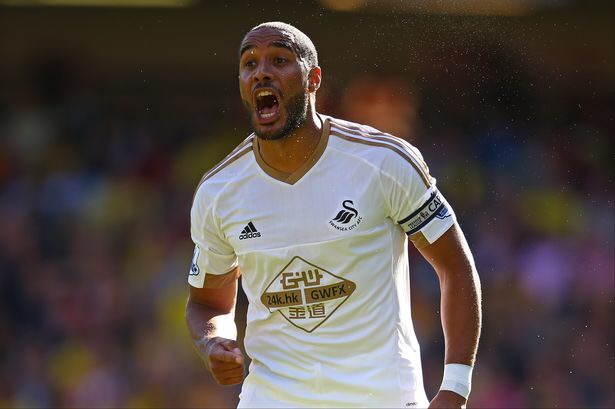 Swansea City captain Ashley Williams is set to leave the club and complete a transfer to Everton within 48 hours.

The Wales captain has been linked with a move to Goodison Park in the last few days, and is likely to become a replacement for Manchester City bound John Stones.

WalesOnline claim that the defender will complete a £10million move to Everton in the next few days, which will leave the Swans short of defensive cover with less than two weeks remaining until the start the new Premier League season. It isn’t the first time that the defender has been linked with a move away from the Libert Stadium, with Arsenal, Liverpool, Crystal Palace and Sunderland all expressing an interest in recent seasons.

However the opportunity to play first team football under Ronald Koeman at Everton seems to have finally pursuaded the defender to make a move.

Swansea are already desperately short of strikers, and the loss of their captain will do little to boost the odds of surving relegation this campaign.

The 31-year old was part of Wales’ Euro 2016 squad that reached the Semi-Finals of the tournament in France last month.