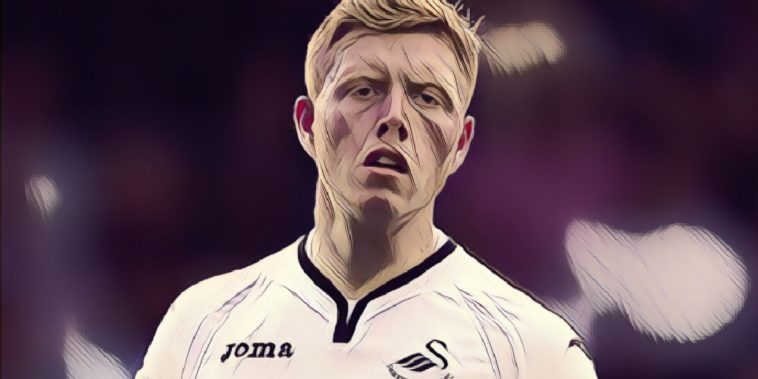 Manchester United’s hunt for a new centre back is no secret, but the player they have been linked with today does come as a bit of a surprise.

The Red Devils have had a few problems in the defensive department, with rumours suggesting Phil Jones, Daley Blind and Chris Smalling’s future are all uncertain.

They have been linked with some of the most exciting and promising defenders in the world, including Samuel Umtiti and Raphael Varane, as well as the more experienced head of Toby Alderweireld.

However, according The Sun, Jose Mourinho sent scouts to watch Swansea City defender Alfie Mawson in action during their last game against West Brom.

The 24-year-old has developed into a fine central defender since moving to South Wales from Barnsley, having been an integral part of the Tykes squad as they gained promotion from League 1 to the Championship.

His form for the Swans has seen him propelled into the England squad in perfect time for this summers World Cup, and he will be hoping to put in more impressive displays to stay on Gareth Southgate’s radar.

However if his form continues, he could also find himself on the receiving end of an offer from Manchester United.

However, United aren’t the only one’s interested in the former Brentford defender, with Tottenham also expressing their interest in the defender last summer, but were put off by Swansea’s £40 million valuation.