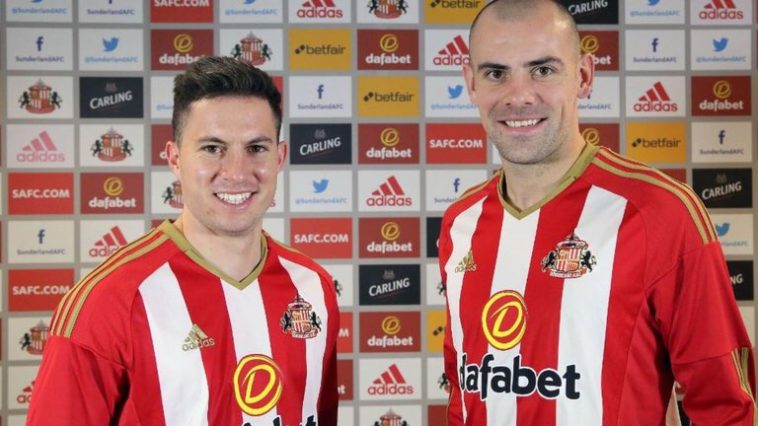 David Moyes made a few January buys as he tried to turn around Sunderland a disappointing season so far. Here’s an analysis of the transfer business.

From the failed signing of Leonardo Ulloa to the free transfer of Joleon Lescott. Ellis Short has really let us down. Yes we’ve signed Bryan Oviedo from Everton for an undisclosed fee; who put in a man of the match performance v Crystal Palace.

We’ve also signed Darron Gibson, who could be a quality player, but the key is to keep him fit. Joleon Lescott brings experience to the side but his uncommitted performances last season for Villa has put many Mackems off him already. Especially with defensive injuries and suspensions, Lescott may appear but will not be a popular player amongst the fans.

The big bit of business that occured was of course Dutch left back Patrick Van Aanholt joining Big Sam’s Palace for £14million, which wasn’t fully reinvested. Many thought Van Aanholt would be a huge miss but his replacement Oviedo put in a top class performance on his debut.

We have yet to see Gibson start for the club although it is early days. Despite this, he didn’t really do much coming off of the bench v Crystal Palace. Hopefully it is a good signing to improve an injury stricken midfield. Lescott did make a brief appearance off the bench against Palace, replacing the injured John O’Shea but it wasn’t enough time to make a lasting impression.

Of course, I could go on for days about the rumours that never materialised. The rumoured moves for Leicester striker Leonardo Ulloa and Southampton front man Jay Rodriguez. This despite the dire attacking situation at the club. The only fit striker being the ever Mr. Reliable, Jermain Defoe, after Nigerian striker Victor Anichebe picked up injured away to West Brom in mid January.

We knew we weren’t getting billions of pounds to spend and we all know the club isn’t in the best financial state. The sale of our 2nd top scorer in Van Aanholt should’ve meant we should find a defensive replacement and use the excess cash on another striker. We’ve been told that Gibson and Oviedo cost a combined £7.5 million, but that’s just over half the money from the Van Aanholt sale.

As ever the owner has let us down by not investing when we so desperately need it. It has been a gloomy transfer window but hopefully our new recruits can help us to Premier League safety.

Have you been left underwhelmed by Sunderland’s transfer business? Do you think Moyes has bought shrewdly? Can the signings help Sunderland survive the drop? Leave us a comment and share this article on social media.