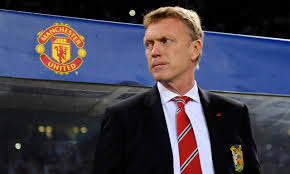 Sunderland have given permission for Sam Allardyce to speak with the FA over the vacant England managers job, and have now started looking at potential candidates, should the former West Ham man take over the National Team.

Allardyce met with FA officials on Tuesday for an informal interview and discussions, whilst Sunderland released a statement yesterday that they wanted the situation resolving quickly.

However, according to the Daily Telegraph, the Black Cats are already making plans for life without Allardyce, and have identified former Everton and Manchester United boss David Moyes as a candidate to replace him.

Moyes had a fantastic time at Everton, taking the Toffees from lurching around in near the Relegation zone, to perennial top half finishers. His reputation however took a battering at Manchester United, taking the Champions from first to seventh on less than a year.

He has since spent time at La Liga club Real Sociedad, where he was sacked back in November 2015 and has been looking for work ever since.

Sunderland officials are hoping that Moyes could be the man to finally take the club away from the relegation zone, where they seem to find themselves hovering above on a yearly basis.