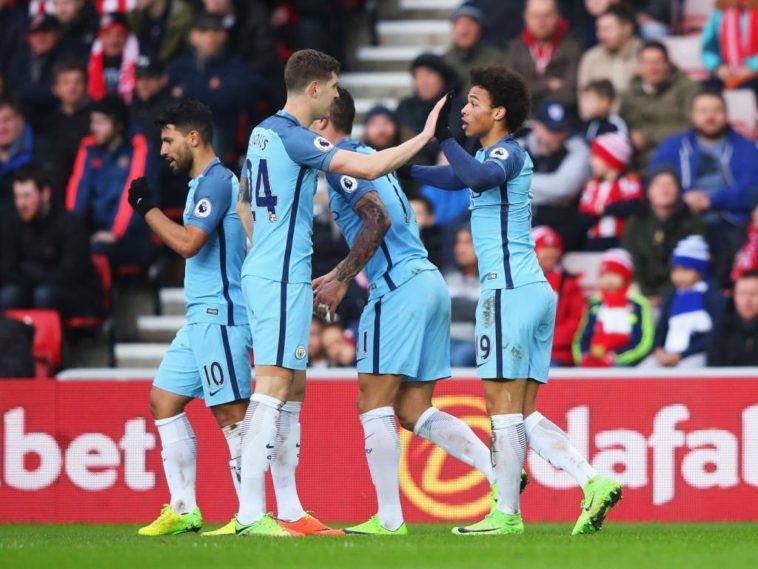 Sunderland started with fight and were determined from the word go, chasing every ball and pressuring the City defence.

Billy Jones had a few early chances but was denied by Argentinan goalkeeper Willy Caballero. Jermain Defoe rattled the woodwork, which had came to Caballero’s rescue, Fabio Borini then completely screwed up the rebound with a diving header he didn’t really fully reach.

It was an improved performance from Borini who actually put effort in, as did Adnan Januzaj. But the Belgian winger bottled a challenge with Yaya Toure in midfield which consequently lead to Man City’s opener on 41 minutes through striker Sergio Aguero.

The Argentine hitman finished off with a neat finish from a tight angle to beat Jordan Pickford, but in all honesty 3 Sunderland defenders stood and watched the ball glide into the net when any one of them could’ve got something on it.

The Wearsiders looked poor and less determined in thesecond half. A deflated performance compared to the one in the first period which had really got the home fans off their seats. Sunderland surged for a 5 minute spell after going 2 down.

The City second was a well worked team goal. They passed it around the Sunderland defence then slotted it past Pickford.

Sunderland then fell away and it became like a training session for City to canter to a comfortable victory. Jermain Defoe did hit the net but the linesman’s flag had already been raised. Substitute Khazri made an impact and Sunderland had a glimmer of hope with his creativity but nothing came of it.

The star of the show was David Silva who dictated the midfield and seemed to create chance after chance from nothing; the Spaniard also moved quickly and technically and was always an option when City were in possession.

Sunderland’s midfield was ran by Ireland international Darron Gibson, who was substituted off due to injury, his comfortable style and passing accompanied with Didier Ndong’s enthusiasm and desire saw Sunderland put up a battling performance but the Black Cats were outdone by quality.

Overall Sunderland probably deserved something first half but after conceding they looked poor.

Man of the Match: David Silva