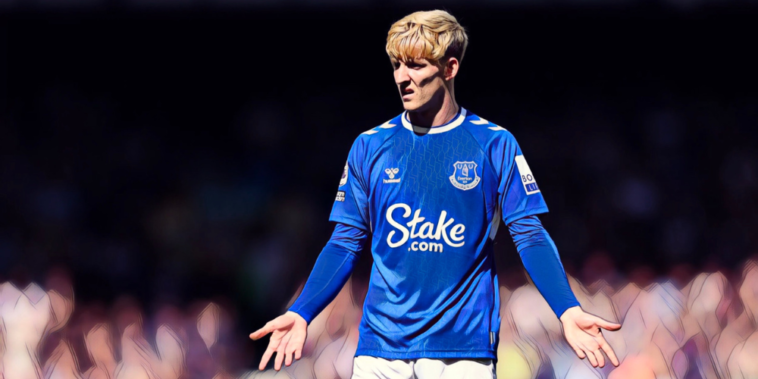 Chelsea’s hopes of signing Anthony Gordon from Everton have been described as ‘slim’, with a ‘substantial gulf’ between the clubs in valuation.

Chelsea are interested in a deal to sign the 21-year-old was the west Londoners look to increase their attacking options, but have so far been unable to match Everton’s valuation of the winger.

Reports have suggested a fee in the region of £60m for the England u21 international, while both Conor Gallagher and Armando Broja have been named as potential makeweights in a deal.

However, The Athletic are reporting that Chelsea’s chances are increasingly ‘slim’ with time running out before the deadline for Premier League transfers on Thursday.

Frank Lampard discussed Gordon’s future at the weekend and insisted he ‘can’t put a number’ on the academy graduate’s value to the club, though seemed to suggest £100m as a minimum.

“I can’t put a number on his value to the club. I’ve been fortunate enough to work with fantastic young players at Derby and Chelsea, seen them develop and become England internationals and Champions League winners, worth triple figures in terms of their personal values.

“Anthony is in that bracket, he’s been a pleasure to work with and he’s ours. He’s an Everton boy, he plays for us and the crowd relate to him. It’s understandable that people would be interested in him because of the level of player that he is. The facts remain the same.”