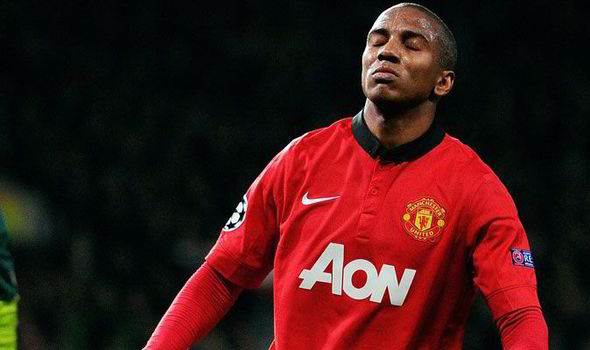 Manchester United outcast Ashley Young is a summer target for Stoke City according to reports today.

The Sun claim that the former England winger is a potential option for Mark Hughes, as he looks to replace West Ham bound Marko Arnautovic.

Young was a target for clubs in the Chinese Super League, but was denied a move by Jose Mourinho, who wanted to keep him in Manchester United’s squad for their eventual victorious Europa League campaign.

He is now being linked with a move away from Old Trafford once again, with a potential move to the Bet365 stadium on the cards.

Young has spent six successful seasons at Manchester United since his £17m move from Aston Villa in 2011, and has been utilised in a variety of positions, including on either flank, in both full back positions, and even as a central striker. However Mark Hughes believed that his best position is as a winger, and is believed to have already have made contact regarding his availability.

Young has made 164 appearances for the Red Devils scoring 14 goals, but failed to find the back of the net last season in any of his 23 appearances.