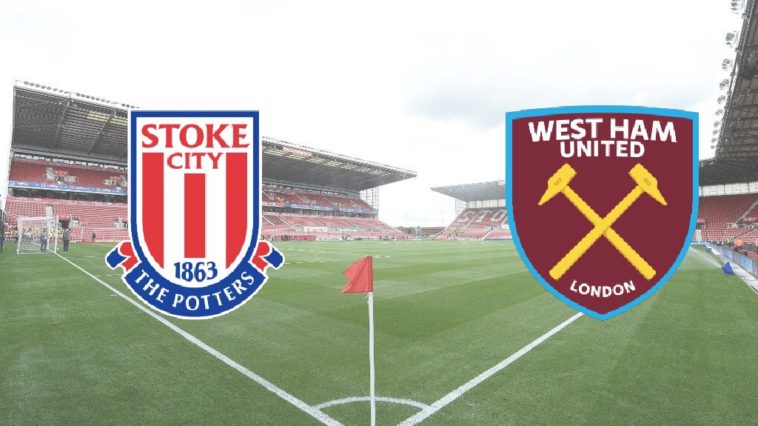 Two teams within three places of each other face off in what could be a defining game for mid table supremacy. Here is our Match Preview as Stoke City host West Ham United.

In the case of Stoke City this offers an opportunity to make up for yet another poor performance on the road. Last week at Swansea, Stoke played poorly, missed a penalty and conceded twice. Stoke should be going out to win this one, but could be caught out if they’re not careful.

West Ham however are only a point behind Stoke and with a win could get as far as 9th if results elsewhere go their way. After plenty of problems throughout the season and even nearing relegation at one point, a win at Stoke could be the perfect way to finish a respectable top half for West Ham.

Neither side is seriously threatened by relegation but both will want to put on a good display for their fans and in aid of a higher finish.

Stoke go into the game in poor form, losing four of their last five games, with their last win against relegation threatened Hull. All of Stoke’s last three wins have come at home against Hull, Boro and Palace respectively. Stoke have struggled against the bigger sides but at home can beat teams around them in the table.

West Ham were involved in an incredibly drab 0-0 draw with Everton last week. Before that they were held to a 2-2 draw by Sunderland. West Ham haven’t won away from since early February but have been scoring. They’ve scored nine goals on the road in six games, but have also conceded 12. If they sort out the defence at Stoke they may be in with a good chance.

Stoke will be without long term absentee Steven Ireland as well as Ibrahim Afellay who is looking like being out for the season. Jonathan Walters is looking unlikely to play as he is still struggling with a knee injury which kept him out of the Swansea game.

West Ham won’t have Andy Carroll or Michael Antonio and have doubts over Cheikhou Kouyate, Winston Reid, Arthur Masuaku and Diafra Sakho. Captain Mark Noble and Sam Byram will be returning from suspension.

Stoke City are favourites to win this, priced at Even money whilst West Ham are 13/5.

Both teams to score priced at 4/6 whilst Peter Crouch and Sadio Berahino are favourites to score the first goal at 11/2. If you think Xherdan Shaqiri will get on the scoresheet again at any time, that’s priced at 11/4.